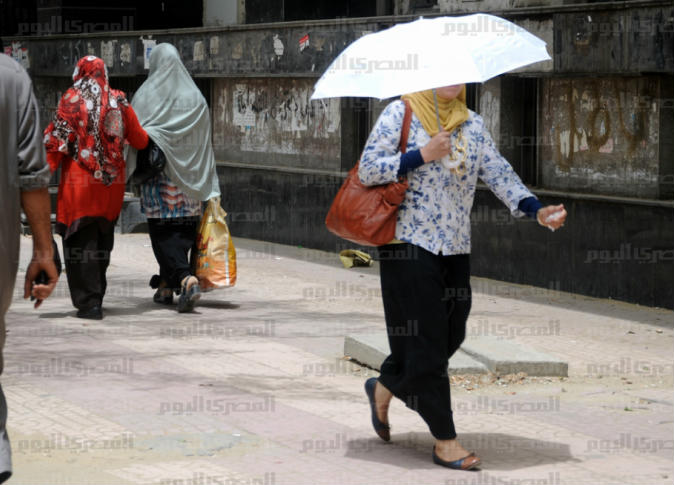 Twenty-one people have died and 66 others were hospitalised with exhaustion as soaring temperatures and high humidity hit Cairo and other parts of Egypt, the health ministry said Monday.

The victims, who all died on Sunday, succumbed as temperatures soared as high as 47 degrees Celsius (117 Fahrenheit), in conditions made less bearable by elevated humidity levels.

Fifteen people died in Cairo, four in the Delta province of Qalibiya and two in Upper Egypt's Qena province, the ministry said in a statement. Those who died, including seven women, were all aged over 60.

Sixty-six people were admitted to hospital after suffering from exhaustion, including 37 who are still under observation, it added.

"There is a big rise in temperature compared with previous years. But the problem is the humidity which is affecting people more," said ministry spokesman Hossam Abdel Ghaffar.

"Long exposure under the sun is a killer."

Meteorological officials confirmed that temperatures in the capital and some parts of the country were higher then average.

"The temperature is higher by four to five degrees than what is usually seen, and the humidity is very high this month," Waheed Soudi, head of analysis in the Egyptian Meteorological Authority told AFP.

"The peak temperature in the shade was 38 degrees Celsius in Cairo on Sunday, which means it was 47 degrees under the sun or in places with bad ventilation."

Although it is not uncommon to see summer temperatures in the high 30s throughout Egypt, it is rare for humidity levels to remain elevated during excessively hot weather.