Armed forces fire units in cooperation with Giza firefighters extinguished a large fire at a factory in 6th of October City in the early hours of Sunday, state news agency MENA reported.

Twelve people, rescue workers and factory workers, were hospitalized with respiratory problems. Financial losses were estimated at millions of Egyptian pounds as the blaze engulfed all the factory's contents, according to Sada al-Balad news website.

The workers said the fire was most likely caused by an electric short circuit.

According to the website, workers told 6th of October City investigators that they saw the fire start on the first floor and tried to put it out, but as it extended to other storeys they called the rescue services, who were able to extinguish the fire four hours later.

A forensics lab has been asked to determine the cause of the fire and the prosecution is investigating. 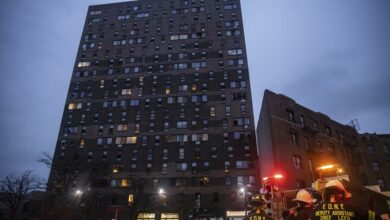