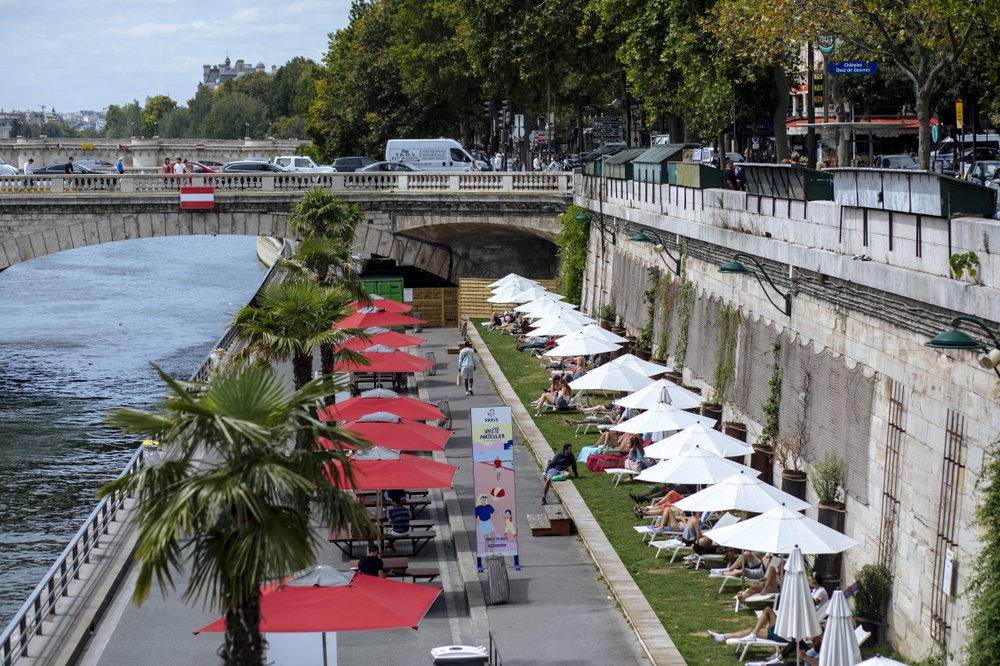 PARIS (AP) — As the sun went down, their partying got into full flow, with an unwanted guest: the coronavirus.

An outbreak among 18- to 25-year-olds at a seaside resort on the Brittany coast is crystallizing fears that the virus is flaring again in France, on the back of vacationers throwing COVID-19 caution to the summer winds.

With 72 infections by Wednesday — mostly among that age group — uncovered in a week of furious contact tracing, the cluster on the Quiberon peninsula was thought to have originated with a supermarket summer worker who partied with others at a nightspot.

It is becoming a textbook case of the virus pitting generations against each other.

The government’s top regional official, a former soldier and intelligence officer in his 50s, hasn’t minced his words in decrying the “irresponsibility of young people who are vacationing or living here, gathering in large numbers for festivities at night, ignoring the danger.”

The official, Patrice Faure, prefect of Brittany’s Morbihan region, personally served a two-month closure order on a Quiberon discotheque, the Hacienda Cafe. Among the nightspots where now-infected people congregated, it skirted a national coronavirus ban on nightclubbing by converting itself into a late-night watering hole, blocking off its dance floor with tables and bar stools.

The owners told the regional newspaper Ouest-France that they urged patrons to wear masks but also noted: “They’re young, on holiday or doing summer jobs, and they’d been drinking. They didn’t listen.”

Although authorities insist the outbreak is under control, the peninsula that used to be a sardine-fishing hub has become a flashpoint for fears that France is going backward in the epidemic that has infected more than 185,000 and killed at least 30,200 in the country. Infection rates are creeping up and authorities warn that people are disregarding pleas to use common sense as millions revel in the country’s July-August break.

In Paris, nurse Damien Vaillant-Foulquier worries that a second wave of infections will derail the plans that he and his wife, also a nurse, have made to join the exodus in mid-August. His hospital, which managed to empty its ICU wards after weathering the initial wave, already is seeing new COVID-19 patients and asking trainee nurses if they’ll be around later in the summer to work, he said.

“At the hospital, we sense the arrival of the second wave,” he said. “I’m depressed because it’s my impression that people don’t see the danger and have forgotten why we were locked-down at home.”

Cycling recently through the French capital, “I saw that the bars on the big boulevards had been turned into nightspots, full inside and outside, everyone was dancing, no masks, nothing, absolutely no respect for social distancing,” Vaillant-Foulquier said.

“The young are accused a lot of not being responsible, but it’s not just the young,” he said.

Romain Arnal, a 20-year-old student, is among those who have been letting their hair — and their guard — down in Quiberon. He vacations there every year, hooking up with a holiday sweetheart whom he first met in the resort three summers ago.

“When we’re in smaller groups, with friends, we don’t really pay attention, even if it’s people we’ve just met. We invite each other over, with no masks on, obviously,” he said.

Worried by the infection spike, Arnal says he has gone to a makeshift testing station set up in Quiberon to contain the outbreak, but has been foiled by the long lines. Authorities have urged that everyone get tested, especially the Hacienda’s partygoers. That’s a mammoth task on the peninsula, where the population swells from 5,000 to 60,000 in the summer.

Quiberon has made mask-wearing mandatory on some of its busiest streets, joining other vacation towns in going further than the national requirement for masks in all indoor public spaces. And it slapped nighttime curfews on beaches and public parks, concerned that young people without symptoms could spread the coronavirus to the less-healthy.

“I hope, or at least I imagine, that they have no desire to spread the virus to their parents, their grandparents, their neighbors, uncles and aunts,” said Faure, the prefect. “It’s extremely inopportune to party today like in 2019.”

Fishing guide Alexandre Lesage, 39, says he feels for the generation he sees trying to enjoy itself at the same spots and beaches where he spent his youth, free of the uncertain future now facing young people confronting a job market in coronavirus turmoil.

“They’re being treated like pest-carriers, as if they’re totally irresponsible, when in fact they are just young at heart,” he said. “I would not like to be in their shoes.”

By JOHN LEICESTER and ARNO PEDRAM

Image: In this July 28, 2020, file photo, people enjoy the sun on deckchairs along the river Seine in Paris. An outbreak among 18- to 25-year-olds at a seaside resort on the Brittany coast is crystallizing fears that the virus is flaring again in France, on the back of vacationers throwing COVID-19 caution to the summer winds. (AP Photo/Kamil Zihnioglu, File)

No restrictions on travel to Egypt from UK: Ambassador

US officials: Russia behind spread of virus disinformation