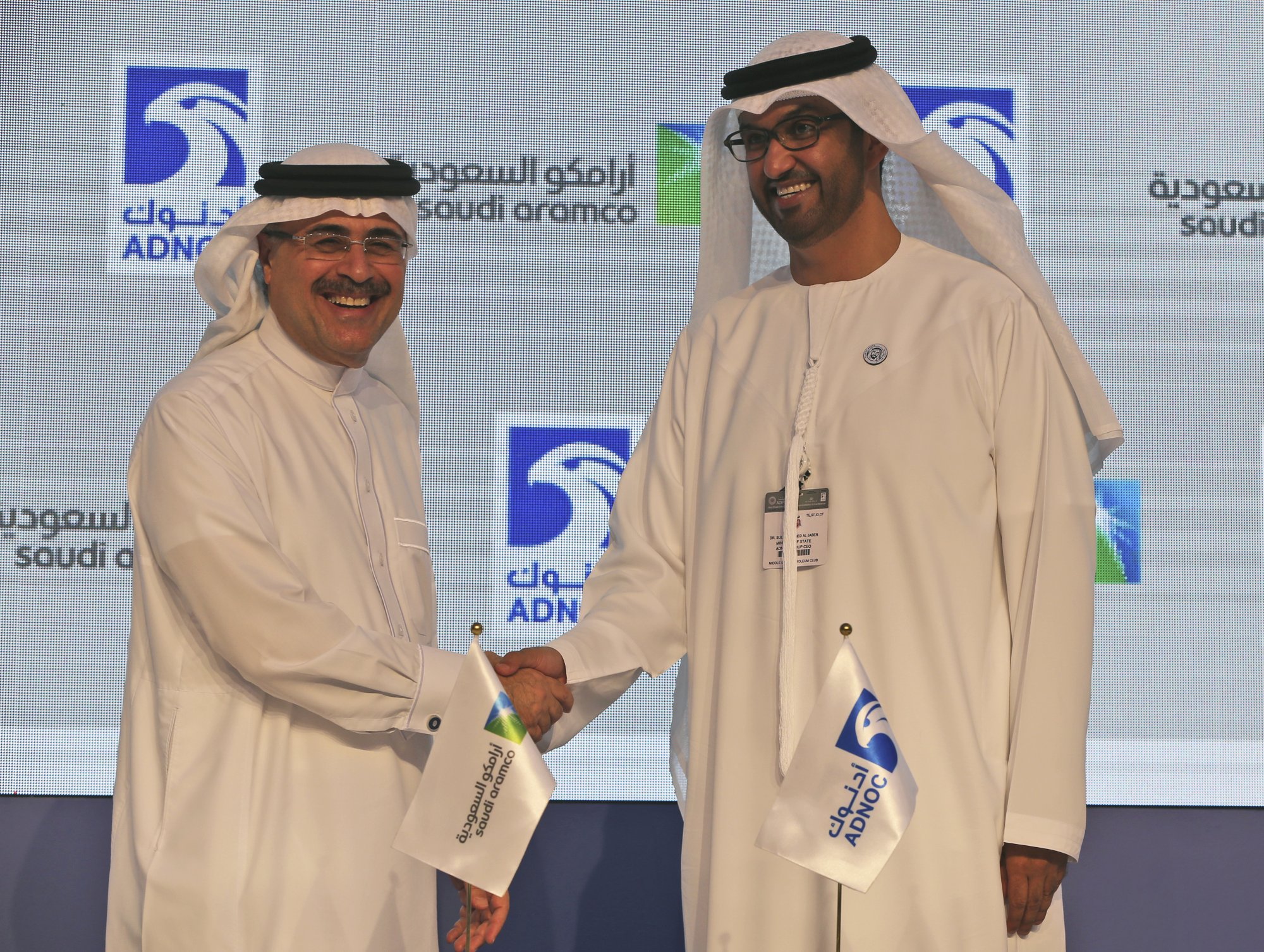 The comments from the minister, Khalid al-Falih, show the balancing act the US allies face in dealing with President Donald Trump’s actions related to the oil industry.

Trump in recent weeks demanded the oil cartel increase production to drive down US gasoline prices. Meanwhile, Trump’s administration allowed some of its allies — Greece, India, Italy, Japan, South Korea, Taiwan and Turkey — as well as rival China to continue to purchase Iranian oil despite re-imposed sanctions on Tehran and as long as they work to reduce their imports to zero.

Al-Falih, who on Sunday said the kingdom would cut production by over 500,000 barrels per day in December, said Monday that Saudi Arabia had been giving customers “100 percent of what they asked for.” That appeared to be a veiled reference to Trump, who has written tweets critical of Saudi King Salman over oil prices.

Before the United States re-imposed sanctions on Iran, “fear and anxiety gripped the market,” al-Falih said at the Abu Dhabi International Petroleum Exhibition & Conference. Now “we’re seeing the pendulum swing violently to the other side,” he added.

The energy minister of the United Arab Emirates, Suhail al-Mazrouei, currently the president of OPEC, similarly said “changes” likely would be necessary as the oil cartel meets in December in Vienna. However, he added: “We need not to overreact when these things happen.”

Al-Falih said OPEC officials have seen analysis papers suggesting a production cut of upward of 1 million barrels of crude a day may be necessary to rebalance the market. However, he stressed that more study needed to be done.

“There are a lot of assumptions in their projections that may change,” al-Falih said. “We don’t want to throttle the global economy.”

A gallon of regular gasoline in the US on average now sells for $2.69, down from $2.90 a month ago, according to AAA. Those lower prices likely quieted Trump, but production cuts could again boost prices at the pump.

Neither al-Falih nor al-Mazrouei directly criticized Trump. Mohammed Hamad al-Rumhy, Oman’s oil and gas minister, however didn’t hesitate to openly blame Trump for part of the volatility striking the oil market. Oman, a sultanate on the eastern edge of the Arabian Peninsula, maintains close diplomatic ties to Iran and often serves as an interlocutor between Western powers and Tehran.

“Supply and demand is perhaps the easy part because you can measure it,” al-Rumhy said. It’s “extremely difficult to quantify what is happening in (the) White House — almost impossible.”

Iran, which has tense relations with Abu Dhabi, the capital of the UAE, did not have a high-level official at the summit.

Crude oil dropped to a low of $30 a barrel in January 2016. That forced OPEC to partner with non-OPEC countries, including Russia, to cut production to help prices rebound.

Benchmark Brent crude, which had been trading above $80 a barrel recently, now hovers just over $70 after the US sanction waivers on Iran.

“Make no mistake: Hydrocarbons will continue to play an absolutely essential part of a diversified energy mix,” al-Jaber said.

But the highs and lows of the market need to end for both oil consumers and producers to profit, said al-Rumhy, the Omani official.

“If it was my heart beat going that way, I think I would be in the hospital right now,” he said.

Why are Iraq's Kirkuk oilfields so important?