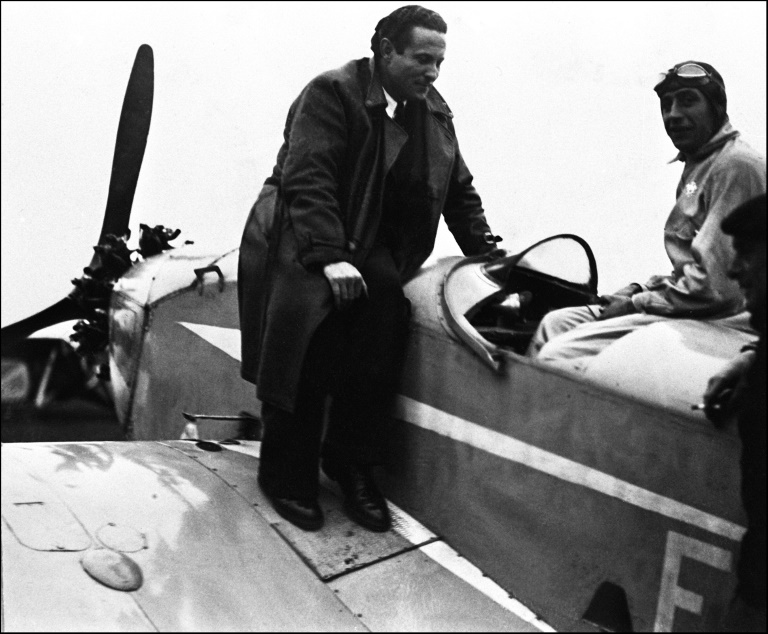 On December 25, 1918 a daring French industrialist launched the world’s first ever airmail service, flying between the southwestern French city of Toulouse and Barcelona in northeastern Spain.

It was the beginning of an adventure which would soon see pioneering pilots from the company, best known as Aeropostale, delivering letters to Morocco, Senegal in Africa and later to Latin America.

The plan for a regular airmail service was dreamt up in the last months of World War I by visionary captain of industry, Pierre-Georges Latecoere.

If it were to work, he would have to build more efficient planes at his Toulouse factory.

It seemed sheer madness in an era when pilots navigated by sight, without sophisticated onboard instruments, and did not even have sealed cockpits, their heads open to the elements.

“I’ve redone all the calculations, they confirm the opinion of specialists. Our idea is unachievable,” Latecoere said.

“There is only one thing left for us to do, that is to carry it out.”

When his Salmson biplane set out for Barcelona on Christmas Day in 1918, Latecoere sat behind the pilot, Rene Cornemont, according to the book “Aeropostale” (2010).

The plane made the trip in two hours and 20 minutes with its sack of letters and parcels. Civilian airmail was born.

Under a contract with the French state, eight monthly flights from Toulouse to Rabat would be made.

However, in October 1920 the company lost its first pilots, when their plane crashed. More fatal accidents came over the following months.

The press wrote of an “insane undertaking” and an “unreasonable sacrifice”.

But as aircraft and organization evolved, the link was extended to Casablanca.

By late 1923 the company, by then called Compagnie Generale d’entreprises aeronautiques (CGA), used around 100 planes and had already transported three million letters and 1,344 daring passengers.

The company set its sights on Dakar in Senegal, also a French colony.

That would involve flying over hundreds of kilometers of desert, where rebellious Moorish tribes lived.

This meant two planes for that route, one to provide assistance to the other in the case of a forced landing.

In 1926 the company assigned Jean Mermoz to the Casablanca-Dakar airmail link.

He became a legend when, following engine failure, he was taken hostage by Moors who freed him after receiving a ransom several days later.

Another legend of international postal aviation was French author Antoine de Saint-Exupery, who wrote his first novel “Courrier sud” (Southern Mail) when he was working in the late 1920s at the Cape Juby airfield in the Spanish zone of South Morocco.

It was there, between the Atlantic Ocean and the ochre dunes of the Sahara, that he found the setting for his future work “Le Petit Prince” (The Little Prince), which tells of a pilot whose plane crashes in the Sahara, where he meets a young boy.

In 1927 Latecoere sold the company to French industrialist Marcel Bouilloux-Lafont, who was based in Latin America, where he introduced the service and renamed the company Aeropostale.

In May 1930 Jean Mermoz carried out the first commercial air crossing across the south Atlantic, between Saint-Louis in Senegal and Natal in Brazil with a Late 28 seaplane.

In June 1930 his Potez 25 made an emergency landing in the mountains. He was taken in by a villager after walking for several days in the snow.

“What I did, no idiot would ever have done,” he told Saint-Exupery when they met several days later.

Aeropostale was by this time financially strapped. In 1933 its assets were bought by a group of aviation companies which would later become Air France.

Mermoz was lost at sea in 1936. Several decades later his correspondence with his family and friends was published under the title “Defricheur du ciel” (Pioneer of the sky).

The Aeropostale saga was just the beginning of a long list of airborne feats around the world between the two World Wars.

Among them was the first non-stop transatlantic flight by British aviators John Alcock and Arthur Brown in 1919. The first major national airlines started to form that year with Dutch KLM, followed by Germany’s Lufthansa in 1926 and American Pan Am in 1927.