Chairman of Al-Ahram newspaper Abdel Monem Saeed said he has not received any complaints from authorities concerning the publishing of a photoshopped picture of leaders in negotiations held recently in Washington to put Mubarak ahead of the other leaders.

“As far as I know, our re-orientation was well-received," he said in an interview on al-Mehwar satellite channel this week.

In the interview, Saeed said that the picture in question was published along with four others and that the doctored photo had a caption reading, “Egypt, led by Mubarak, hosts a new round of direct negotiations between Palestinians and Israelis in Sharm el-Sheikh today”. He added that the analyses and pictures were published 12 days after the actual negotiations took place in Washington.

He went on to say that this kind of editing is practiced by other journalists too. “We all remember how [journalist Adel] Hamouda put Mohamed Sayyed Tantawi (former Grand Sheikh of Al-Azhar) in Pope Shenouda’s clothes”, he said. “And Al-Masry Al-Youm edits some of Egypt’s premier’s photos too.”

Saeed also said that he thinks that some people don’t like to read that Egypt plays an important regional role.

He added that Al-Ahram has sent letters to all the English-speaking newspapers and stations that ran the news about the photoshopped picture to explain Al-Ahram’s point of view.

Saeed said that Al-Ahram has made mistakes and that he stresses the importance of professionalism in every meeting.

“The description ‘government-run paper’ disappoints me because I spend LE240 million in taxes every year. However, I like the term ‘national newspaper’, which indicates that the paper focuses on the national interest,” added Saeed.

Asked if Al-Ahram is biased towards the National Democratic Party (NDP), Saeed said the NDP is the ruling party which formulates internal and foreign policy and therefore should be the focus of the paper’s attention. 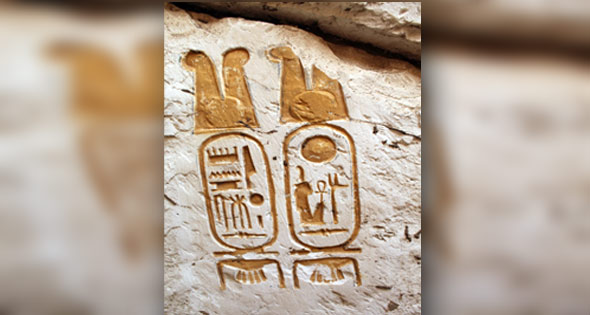