The crisis of amending the inheritance laws is essentially a matter of fiqh (Islamic jurisprudence), and is not part of the fundamentals of Islamic Sharia law, according to Saad El-Din El-Helali, Al-Azhar professor of comparative fiqh .

He said in a phone call on al-Mehwar channel on Wednesday evening that Muslim scholars have not introduced any changes to the Islamic inheritance laws since 1947.

He added that the society was astounded when the issue of renewing the inheritance laws was raised.

The society did not accept the latest suggested Islamic study related to changing the laws of inheritance of grandchildren from their grandfather saying that it was a change of religion, he explained.

“In the past, only Muslims honored women, and now the European countries honor women more than Muslims, by empowering them through work, giving them their rights and by giving them equal inheritance to men, which has to do with the development of civilization,” Helali mentioned.

“A girl in Europe takes the same inheritance as a boy. Here, she takes half the boy’s share. Do you want your daughter to say: ‘I have decreased rights compared to European women’?”

Egypt’s Grand Mufti Shawki Allam stressed that equating the inheritance between men and women is against Sharia, as scholars have always agreed on the fact that men receive double the amount of inheritance as women, based on a verse in the chapter Al-Nisa’a (The Women) in the Quran.

In a statement released on Monday, the grand mufti added that religion does not accept different explanations for verses that are absolutely clear just to fit into countries’ current cultures.

These verses are clear and considered fundamental to Sharia, he said, adding that trying to make them other than what they are shakes the foundations of Islam.

Islam is extremely keen on equating men and women in the general accumulation of rights and duties, but not in every single aspect.

Regarding the allegation that this law is biased against women, he explained that the idea of men inheriting more than women is not indicative of how God values both genders. However, the reason for God ordering this remains unknown to anyone but Himself.

As for people who say this is a proof that God thinks women are less capable of being independent or trustworthy, he also denounced the allegation, saying if that was the case, women would not equate men in both rights and duties.

“This call that some have launched to equate men and women, claiming that Islam ultimately grants men more inheritance than women – this is a false accusation. In our great religion, women have more than thirty cases where they can inherit, and in many of those, they have a larger inheritance than men,” Allam stated.

Egypt’s grand mufti then proceeded to give examples of such instances, saying, “If a woman dies who has a husband and a daughter, what is the right of each one to her inheritance? The husband takes a quarter, while the daughter takes half of her fortune, meaning the daughter takes double the husband.”

“In other cases, women and men receive an equal inheritance. For example, if a man dies and has sons, daughters, a mother and a father, than in that case, the deceased’s mother and father inherit equally.”

He added that people who want to ruin Islam’s reputation only focus on the cases that women inherent half of what men do, without looking into other cases, while there are in fact only four cases that allow this to happen.

The mufti ended his statement by saying that Dar Al-Iftaa completely supports women’s rights and empowerment scientifically, politically and socially through releasing fatwas (religious edicts) with that aim. However, he added that the Islamic institution will not accept any attempts to change what God has clearly stated in the Quran, whether concerning men’s rights or women’s rights.

This fatwa comes at a controversial time, as Helali sparked a huge debate in November when he announced Tunisia’s decision to equate inheritance between men and women to be “correct religiously”. 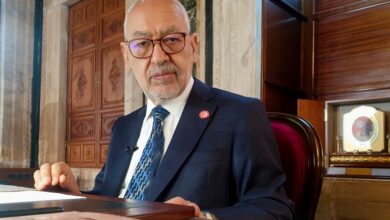