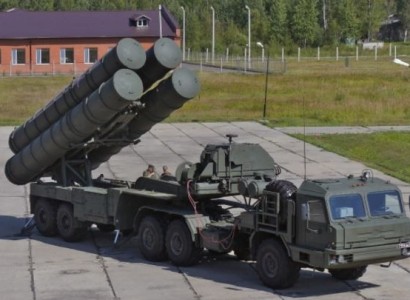 WASHINGTON (Reuters) – Turkey is going ahead with a purchase of Russia’s S-400 missile system, a Turkish parliamentarian said ahead of an informal Friday deadline which a US official said Washington has set for Ankara to respond to a rival US offer.

NATO member Turkey has repeatedly said it is committed to buying the Russian missile defense system, despite warnings from the US-led alliance that the S-400s cannot be integrated into the NATO air defense system.

“With regard to Patriots, if the opportunity is at a level we desire, we have expressed we could also buy those too,” he said during a visit to Washington, adding Turkey’s relations with Russia and the United States are both important.

“Just because… Russia has issues with another country that we care very much about – the resolving of that issue via Turkey would not be right,” he told reporters.

He said Ankara had already paid the bulk of the price for the S-400s and the systems are expected to arrive in November.

US officials have said that if Turkey proceeds with the S-400 purchase, Washington will withdraw its offer to sell a $3.5 billion Raytheon Co Patriot missile package.

They have also said it would jeopardize Turkey’s purchase of Lockheed Martin Corp F-35 fighter jets and possibly result in the United States imposing sanctions.

The formal US offer for Turkey’s purchase of Patriot systems expires at the end of March, US officials told Reuters, after which a new offer would have to be submitted.

The United States has asked Turkey to give at least an informal answer on whether they will go ahead with their S-400 purchase by Friday, one US official said.