Facebook Twitter LinkedIn
The Twitter and YouTube accounts for the US military command that oversees operations in the Middle East were hacked on Monday by people claiming to be sympathetic toward the Islamic State militant group being targeted in American bombing raids.
"American soldiers, we are coming, watch your back, ISIS," the hackers posted on the US Central Command Twitter feed, using an acronym for the hardline Islamist group, which has taken control of parts of Syria and Iraq.
US officials acknowledged that the incident in which the accounts were "compromised" for about 30 minutes was embarrassing but played down the impact. The FBI said it was investigating.
Pentagon spokesman Army Colonel Steve Warren said the Defense Department "views this as little more than a prank, or as vandalism."
"It's inconvenient, it's an annoyance but in no way is any sensitive or classified information compromised," Warren told a press briefing.
Defense officials said in a statement that "operational military networks were not compromised and there was no operational impact."
Islamic State forces have been targeted in air strikes by the United States and international partners.
"In the name of Allah, the Most Gracious, the Most Merciful, the CyberCaliphate continues its CyberJihad," the Central Command Twitter feed said after being hacked.
The Twitter account published a list of generals and addresses associated with them, titled "Army General Officer Public Roster (by rank) 2 January 2014."
Subsequent posts read, "Pentagon Networks Hacked! China Scenarios" and "Pentagon Networks Hacked. Korean Scenarios."
Central Command said it was notifying Pentagon and law enforcement authorities about the potential release of "personally identifiable information" and work to make sure the people "potentially affected" are notified quickly.
White House spokesman Josh Earnest said during a press briefing that the hacking was "something that we take seriously." But Earnest added, "There's a pretty significant difference between what is a large data breach and the hacking of a Twitter account."
Even as the hacking was taking place, President Barack Obama on Monday announced new proposals aimed at bolstering American cybersecurity after high-profile hacking incidents including one against Sony Pictures Entertainment that US officials blamed on North Korea.
Several current and former US security and intelligence officials said until now they had never heard of the CyberCaliphate. Some of the officials expressed skepticism at the group’s skills and capabilities.
"Hacking a Twitter is about the equivalent of spray-painting a subway car," a former senior US intelligence official said.
But the chairman of the US House of Representatives Committee on Homeland Security, Republican Michael McCaul of Texas, called the incident "severely disturbing."
"Assaults from cyber-jihadists will become more common unless the administration develops a strategy for appropriately responding to these cyberattacks, including those like the North Korea attack against Sony," McCaul said.
Review of documents
Reuters reviewed some of the documents released by the hackers but could not immediately identify any that appeared to contain information that compromised national security. Some of the documents were easily found using Google searches.
After the hacking, the heading of the Central Command Twitter account showed a figure in a black-and-white head scarf and the words "CyberCaliphate" and "I love you ISIS."
Central Command's YouTube account featured videos posted by the US military of air strikes on Islamic State targets in Syria and Iraq. It was hacked to add two videos titled "Flames of War ISIS Video" and "O Soldiers of Truth Go Forth."
Some of the slides posted on the Twitter account by the hackers apparently were created by Lincoln Laboratory, a federally funded research center at the Massachusetts Institute of Technology that studies national security problems.
Lincoln Lab did not immediately respond to questions about the background and sensitivity of the slides, some of which dealt with intelligence and reconnaissance that might be needed in a conflict scenario involving China.
Central Command is based at MacDill Air Force Base in Florida and handles American military operations covering the Middle East and Central Asia. Central Command oversaw the wars in Iraq and Afghanistan and is managing the US air strikes against Islamic State in Iraq and Syria.
In what proved to be a bit of bad timing, the US National Counterintelligence and Security Center chose earlier on Monday to join Twitter. It made a joke in its first tweet: "Up to 292 followers so far and not hacked yet."
Tags
hack hackers Islamic state pentagon United States of America 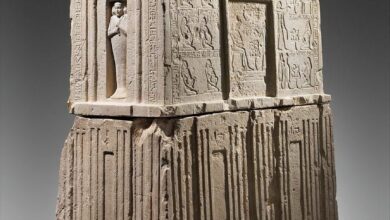 ISIS leader in Syria killed in drone strike, US says