The Secretary General of the Arab League Ahmed Aboul Gheit condemned an attempt by the Houthis to target Mecca with two ballistic missiles, stressing that such terrorist acts pose a serious threat not only to the security and stability of Saudi Arabia but also to regional security as a whole and represent a gross violation of a holy place during the month of Ramadan.

The Spokesman for the Secretary General of Arab League Mahmoud Afify said that Aboul Gheit affirmed his full solidarity with Saudi Arabia in confronting all threats and attempts to destabilize its national security. He expressed support for the measures taken by Saudi authorities to confront this threat, while at the same time stressing the need to protect against any attempt to further agitate the cycle of armed conflict that Yemen has been suffering in recent years.

Egypt FM in Doha for Arab League meeting over GERD 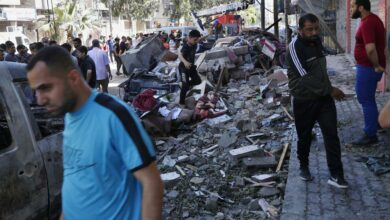