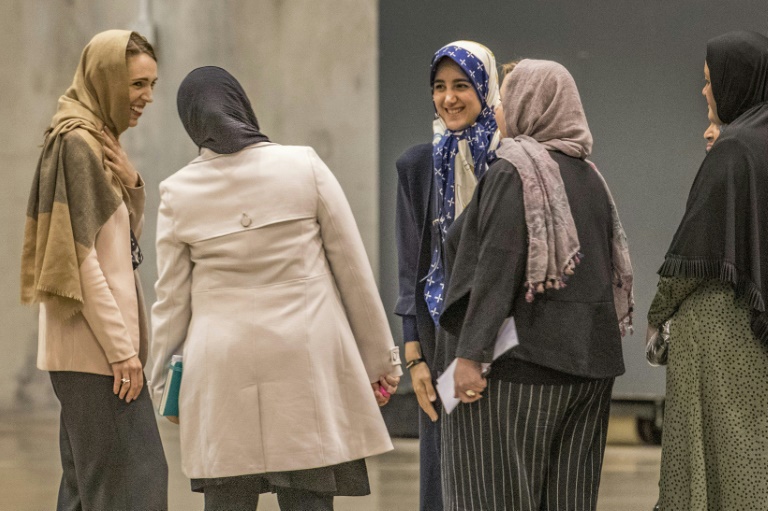 New Zealand’s leader Jacinda Ardern admitted Friday there was “much more” her country could do to tackle white supremacists a year after the Christchurch mosque massacres.

Ardern was widely praised for her compassion towards the Muslim community after a lone gunman attacked two mosques on March 15 last year, killing 51 in New Zealand’s worst modern mass shooting.

But she said some in the South Pacific nation continued to espouse the views of the Australian attacker, a self-avowed white supremacist who targeted Muslims at Friday prayers.

“New Zealand is not free of those groups who define themselves as extremist white supremacists, those groups exist here,” she told reporters.

“The responsibility we have is to combat not only that existence, but the precursors to that existence. There is much more that we can do,” she said.

Ardern, who was speaking ahead of a national memorial service on Sunday, said the best way to honour victims was to call out racism, bullying and discrimination.

“People will feel safe when they feel supported,” she said.

“When they feel the community is looking after them and when they feel they are not facing discrimination or jibes in the street or comments that make them feel unsafe.”

“I would like to think there is a growing resolve amongst New Zealanders that we wish to be defined by what we are not as much as what we are,” she said.

Her remarks come after police arrested a 19-year-old man this month over a threat against one of the mosques attacked last year.

Ardern later joined more than 1,000 Muslims for their Friday prayers as the Al Noor and Linwood mosques held a combined service and were joined by fellow Muslims from around New Zealand.

Nasir Ali, who flew in from Auckland with his family, said it was important to share the “sorrow and hardship” and keep the memory alive.

“We need to keep it on the radar that this sort of tragedy and this sort of extremist ideology does exist and we need to continue to be vigilant about it,” he said.

Farid Ahmed, whose wife was killed by the gunman, said 12 months on he was still at a loss to understand why the killing occurred.

Ahmed has publicly forgiven the gunman and said he refuses to be cowed.

“I feel I could die anytime and I should not be afraid because I have got my freedom not to be afraid. No one or nothing can take that away,” he said.

“The lesson is that hate does not solve any problem. If there are differences there is another way and that is the peaceful way.”

Taj Mohammed Kamran, who was shot three times while his friend beside him was killed by the gunman, said he felt safe at the Friday prayers because of the large police presence.

“But I was sad because my friend was not there,” he added.

The alleged mosque attacker Brenton Tarrant, an Australian national, is due to go on trial on June 2 facing terrorism charges plus 51 counts of murder and 40 of attempted murder over the killings.