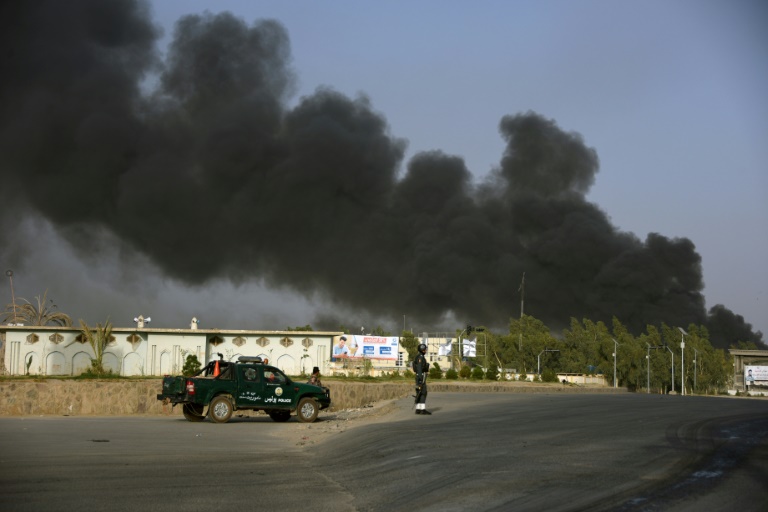 At least 11 people were killed and scores more wounded Thursday when the Taliban attacked a police headquarters in the southern city of Kandahar, officials and the insurgents said.

The assault comes amid a series of peace talks between Washington and the Taliban that both sides say are making progress, but which so far have yielded no reduction in violence in the gruelling Afghan conflict.

“A number of mujahideen equipped with heavy and small arms breached the headquarters and launched their operations inside,” he said.

Baheer Ahmadi, the Kandahar governor’s spokesman, said in a statement that 11 people had been killed, including nine civilians and two police officers, while another 80 — including women and children — were wounded.

He earlier had given a toll of 12 dead.

Interior ministry spokesman Nasrat Rahimi said eight attackers were involved. Two blew themselves up, while the remaining six were “cornered in a building”.

Hayatullah Hayat, the provincial governor for Kandahar, said Afghan security forces had launched a “clean-up operation” to see if any attackers were remaining.

“The fighting is over now. Some vehicles were burnt. Now the Afghan army and US helicopters are hovering in the area,” police chief Tadin Khan told AFP.

The assault comes just one day after two Afghan soldiers — who were really Taliban operatives — fatally shot an Afghan colonel in Ghazni province.

Image: AFP / JAVED TANVEER Afghan police arrive near a site of car bomb attack as smoke rises from the Police headquarters in Kandahar province on July 18, 2019. At least 11 people were killed and scores more wounded when the Taliban attacked a police headquarters in the southern city of Kandahar, officials and the insurgents say