The General Authority for Veterinary Services is considering putting an end to its practice of poisoning and shooting stray dogs, and instead adopting sterilization as a method of reducing their rate of reproduction, as recommended by the World Organization for Animal Health.

The Agriculture Ministry has so far impeded efforts to adopt castration as a form of population control, as it claims it is too expensive to implement, with a cost of over LE200 per dog, ministry officials said.

The state currently either shoots stray dogs or poisons them with strychnine, a drug that has been banned internationally. Human organizations have long objected to these practices, as well as the government’s failure to control the amount of garbage in the streets, which also leads to a higher presence of street animals.

Official sources estimate that there are more than 1 million stray dogs in Egypt, concentrated in the informal areas of Cairo and Giza as well as the areas around the Manzala, Burullos, Edco and Mariot lakes.

The cost of poison to kill the animals as well as anti-rabies vaccines for humans represents a state expenditure of over LE100 million per year, sources say.

Dina Zulfikar, an animal rights activist, said that the General Authority for Veterinary Services has held three meetings to discuss adopting the sterilization method of population control, which they hope to launch in May of next year in Cairo and Giza with the help of around 100 veterinarians, activists and authority staff.

Egypt imports 10 million tons of wheat for the first time 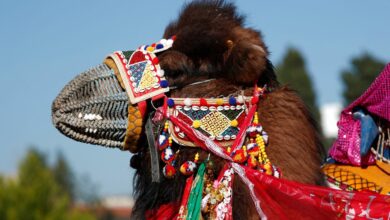