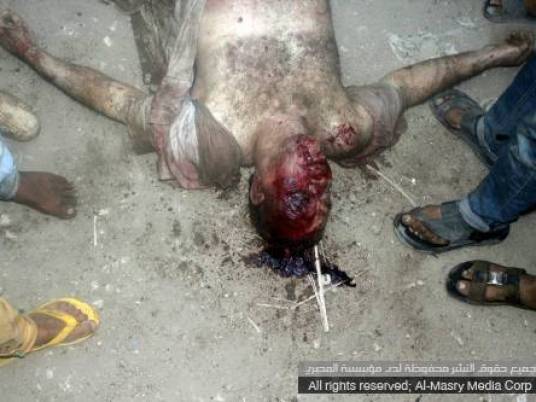 The Al-Azhar Fatwa House and leading U.S. diplomat in Egypt have joined condemnation over 4 Egyptian Shias murdered in the Abu Musallam village in Giza on Sunday evening.

The 4 Shias were targeted as they reportedly practised rituals at home.

Eight others were injured in the attacks.

Al-Azhar, the largest Sunni institution in the Muslim world, issued a statement on Monday, stressing the violence represented a clear violation of Islam and humanity.

The murders threatened to drag the country into sectarian strife, it added.

U.S. Ambassador to Egypt Anne W. Patterson and the U.S. Embassy in Cairo meanwhile offered their condolences to the friends and families of the Shia community members killed and injured in the mob violence in Abu Musallam.

"We join the Presidency and Prime Minister’s office in condemning this act of sectarian violence and urging calm," they said in a statement. "We call on the Egyptian government to follow-through on its pledge to ensure that the perpetrators of this heinous crime are held accountable under the law, and we urge a thorough and transparent investigation."

Residents of the village had said that the Shias were performing rituals and that one of them, named Hassan Shehata, was heard insulting the companions of the Prophet Mohamed and his wives.