Assiut–In the realm of sexual taboos in Egypt, the issue of “intersex individuals”–or those born with “ambiguous genitalia”–is certainly somewhere near the top of the list. While medical professionals take an impartial approach to treatment and surgical operations, social and cultural factors pose a challenge for affected individuals and their families.

In Assiut, Upper Egypt’s largest city, where the local culture is among Egypt’s most conservative, various factors–from inbreeding to a lack of knowledge among pregnant women–have led to a disproportionately large number of cases of intersex children. But with exact figures unrecorded by the Health Ministry–and affected individuals not stepping forward–it remains difficult to determine just how large the problem is.

“In Upper Egypt, the family denies and often keeps secret that their children have this problem, since the condition is seen as shameful. They fear he or she will be a homosexual,” explains a senior official at the Assiut Department of Health. “But from a human and medical standpoint, these individuals are just patients. Unfortunately, this is not yet readily accepted by society.”

Nevertheless, some cases are beginning to come forward. Since 2000, doctors in Assiut have performed over 25 local intersex surgeries. Prior to that, cases were sent to Cairo for treatment.

“Male or female?” asks Dr. Mustafa el-Sonbaty, head of plastic surgery at Assiut University. Sitting in his private clinic, he covers one side of a thick photo album containing photographs of his past patients with one hand, and produces a photo of a naked individual of indeterminate gender.

As we are unable to formulate a response, the doctor, who has operated on 15 intersex individuals in Assiut since 2000, promptly comes to our aid, revealing the opposite page of the album.

“You see? This penis was not properly developed while in its mothers fetus,” he says enthusiastically, pointing to what looks like a small phallus. He then points towards the individual’s pelvis. “Do you see those two swollen spots? Those are the testes, but they’re inside–this is a male pseudo-hermaphrodite,” he concludes.

The term “hermaphrodite” is not to be confused with transsexual or transgender, which describe individuals who identify with a gender different to their biological one. While transsexuals are fully male or female in the physical sense, intersex individuals’ “gender dilemma” is rooted in their physiology.

True hermaphroditism is an extremely rare condition in which individuals are born with both male and female reproductive organs, embodying both XX (female) and XY (male) chromosomes. Medical professionals study the chromosomes and run tests to measure hormones, along with other indicators of sex, and usually restore the child to the more dominant gender. In his 15 years of medical practice, el-Sonbaty has witnessed only one such case.

Male and female pseudo-hermaphrodites are slightly more common. Such persons suffer from a congenital sexual disorder in which they are born with ambiguous reproductive organs, or “mixed” sex anatomy. The condition includes a wide range of symptoms, including undeveloped, underdeveloped or disfigured sexual organs.

The unusual genitalia of intersex babies may confuse doctors and midwives. Thus, a child may be mistaken for a male when she is in fact female–and vise versa.

According to el-Sonbaty, the causes of intersex disorders are 57 percent genetic, 16 percent predispository, and 27 percent unknown factors.

According to Dr. Abdel Moneim el-Haggagy, a urologist and pioneer of intersex operations in Assiut, intersexuality is one of many chromosomal disorders, including Downs Syndrome and cleft lip. The causes of these disorders vary, but according to el-Haggagy, inbreeding is one of the most significant.

“All of the cases of pseudo-hermaphrodite babies I’ve seen were born to third-degree relatives,” he says. “But other factors are also at play.”

Exposing the fetus to radiation or harmful medication, such as certain antibiotics–especially during the first eight weeks of pregnancy–can cause damage to the development of an unborn child.

While elsewhere in the world most intersex disorders are immediately discovered and babies operated on within the child’s first two years, in Upper Egypt, the condition often goes undetected, says el-Haggagy. With the onset of puberty, intersex individuals usually begin to manifest signs of belonging to the opposite gender than the one they were assigned at birth.

“When a male pseudo-hermaphrodite child grows older and starts to show male characteristics, such as facial hair and boyish body structure, the family realizes its mistake,” says Tarek el-Gammal, chief of reconstructive microsurgery at Assiut University Hospital, who works closely with el-Haggagy on corrective surgery.

Exacerbating the issue for male pseudo-hermaphrodites (individuals born with disfigured male organs) is the widespread practice of female genital mutilation in Egypt, especially in the rural areas of Upper Egypt. Born with what is mistakenly assumed to be an unusually large vulva, the child is circumcised, losing what is in fact his disfigured penis.

Restoring the organs involves a complex, 12-hour operation, requiring a team of at least five medical personnel, including a micro-surgeon, urologist and anesthesiologist. Tissues from the patient’s arm are used to rebuild the missing part of the male organ and connect it to the nerves and veins. Post-operation recovery lasts four to five days in an intensive care unit, during which time the patient undergoes a “masculinization” process that involves cutting his hair and changing his clothes.

“They are extremely happy after the operation,” says el-Gammal. “They are relieved that their problems are over.”

Despite the positive outcome for recovered patients, the Assiut doctors interviewed for this article point out that many affected individuals fail to come forward, embarrassed by their condition and overwhelmed by the social stigma associated with their condition.

This is especially the case for female pseudo-hermaphrodites, whose conditions are often discovered when the child reaches puberty and begins to menstruate. While more common than male psuedo-hermaphroditism–and in fact much easier to treat medically, using a simple surgical intervention to restore the size of the female organ to normal–few such patients come forward, and of those, none seen by el-Haggagy agreed to the operation, he says.

“She is entirely female, with XX chromosomes and the complete appearance of a woman, except for an enlarged female organ. But the families refuse such operations, and ask for temporary solutions instead,” says el-Haggagy. “Years later, they just give up when they see the drastic changes their child is undergoing.”

Conversely, the doctors report that families are usually quite happy to have their “daughter” transformed into a son overnight.

“I had one father who was so happy that he kissed my cheeks until they nearly fell off,” says el-Sonbaty.

While the doctors view intersexuality disorders as a serious health problem and acknowledge the usefulness of corrective surgery to reverse the condition, transgenderism is not viewed so kindly.

Although sex-change surgery is legal in Egypt, the patients and handful of doctors who agree to operate face intense religious and social scorn, and the Physicians Syndicate has banned transsex operations altogether. The infamous story of Sayyed, an Egyptian who underwent such a procedure in the late 1980s to become “Sally,” is still recalled by doctors when asked about transgenderism.

The Assiut doctors all report being requested by at least one individual for a sex change operation. After finding chromosomal and hormonal results normal, they reject the request, and instead refer the patient to psychologists.

“How could I be complicit in such a sinful crime?” asks el-Sonbaty. “Altering the body of a man with no physical issues to accommodate his psychological problems is a sin, as we would be changing what God created.” 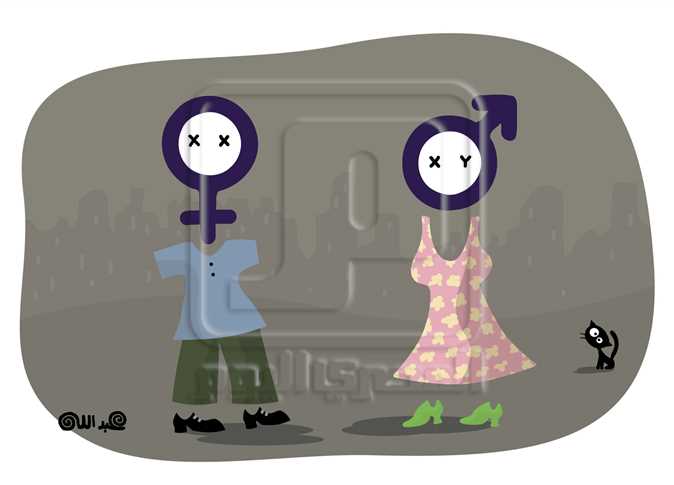