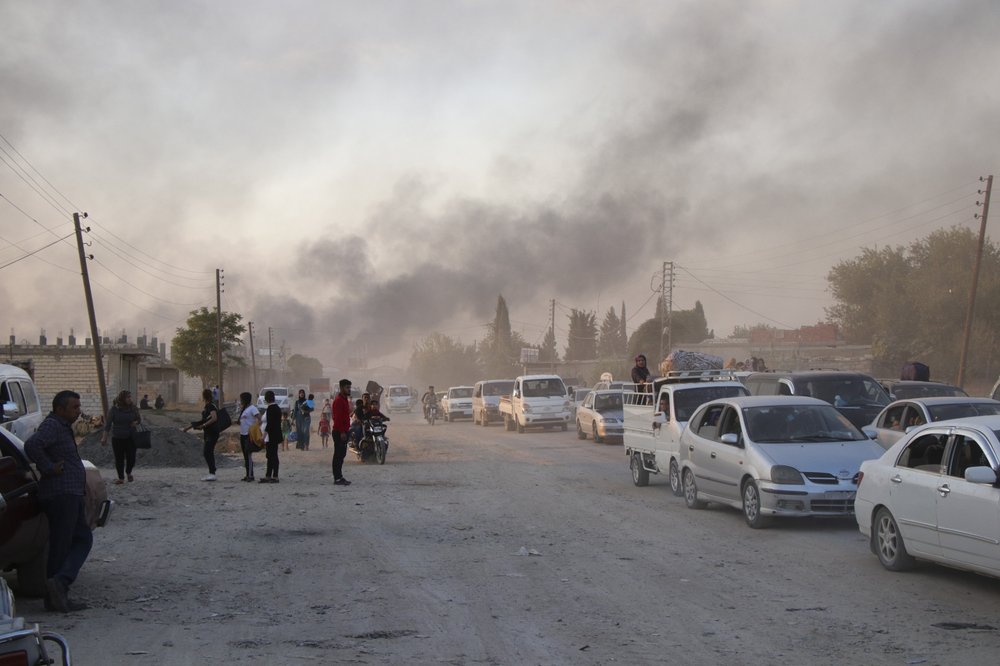 The measure effectively rebukes President Donald Trump’s abrupt decision to pull U.S. troops from the region. Soon after their withdrawal, Erdogan commenced air and ground assaults on Syrian Kurdish fighters who’ve been helping the U.S. battle Islamic State extremists there, which numerous lawmakers and others had warned would happen.

The measure would also impose sanctions on foreign military sales to Turkey, an outline of the legislation said. It would take effect immediately, and its restrictions would be lifted only when the Trump administration certifies that Turkey has ceased its operations and withdrawn its forces from the region.

Trump told reporters at the White House that he agreed with sanctions but seemed to condition that on Turkey’s actions inside Syria.

“I actually think much tougher than sanctions, if (Erdogan) doesn’t do it in as humane a way as possible,” Trump said, apparently referring to Turkey’s invasion. He said he would define humane as possible “as we go along.”

Sen. Chris Van Hollen, a Maryland Democrat, said he and co-sponsor Sen. Lindsey Graham, Republican of South Carolina, planned to introduce the legislation as soon as Congress returns from a recess next week. He said he and Graham would seek commitments from Senate leaders to bring the legislation to the floor quickly.

Van Hollen said in an interview that the removal of U.S. forces from the area, where there had been hundreds of American troops, was a “total betrayal” of allied Kurds.

“While the Administration refuses to act against Turkey, I expect strong bipartisan support,” Graham, a leading GOP voice on military matters who is normally a staunch Trump backer, said in a written statement.

Besides Erdogan, the measure would sanction the American assets of six other top Turkish officials. Under the sanctions, their access to their holdings in the U.S. would be restricted, said one congressional aide who spoke on condition of anonymity because they were not authorized to discuss the bill publicly.

Erdogan sent his forces into Syria even though Trump had previously threatened to “totally destroy and obliterate” Turkey’s economy if their push went too far.

Syrian Kurdish fighters have been America’s only allies in Syria fighting IS, and hundreds of American troops have been stationed there.

Turkey considers the Kurdish fighters to be terrorists allied with a Kurdish insurgency in Turkey.

Trump has said he doesn’t want the U.S. to fight “these endless, senseless wars.” He also criticized Graham for favoring the deployment of too many troops overseas.

“I think Lindsey would like to stay there for the next 200 years and maybe add a couple of hundred thousand people every place, but I disagree with Lindsey on that,” he said.

Turkey has long been a major recipient of US arms. But that relationship has been threatened recently after Turkey began accepting delivery of a Russian air defense system, which the White House said would help Russian intelligence.

This story has been corrected to reflect that Sen. Graham is a former longtime member of the Senate Armed Services Committee, not the current chairman.