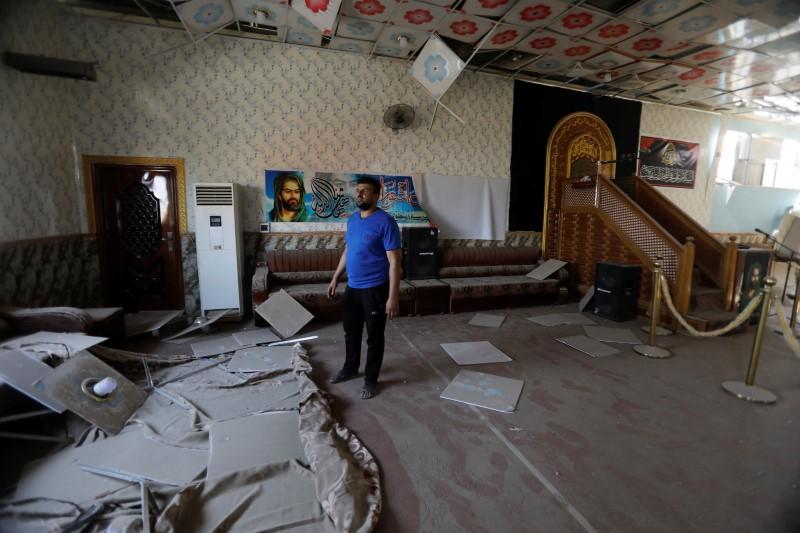 BAGHDAD (Reuters) – A large fire broke out on Monday at a weapons depot run by an Iraqi militia group, causing explosions heard across Baghdad, killing one person and injuring 29 others, authorities said.

The depot, run by a militia group under the umbrella of the Iran-backed Popular Mobilization Forces, was located inside a federal police base in the southern suburbs of Baghdad.

The fire set off some of the rockets which struck neighborhoods several kilometers (miles) away and injuring mainly children, said Qasim al-Attabi, a spokesman for the district’s health directorate.

Health Ministry spokesman Saif Badr said most of the wounded were discharged from area hospitals with light wounds.

A police source said the fire was probably caused by negligence leading to poor storage conditions and high temperatures. The Interior Ministry ordered an investigation.