The body of an American man killed in August while fighting alongside the Ukrainian military has been returned to Ukrainian custody by the Russian military. A CNN team witnessed the transfer in the Zaporizhzhia region on Wednesday.

The American is 24-year-old Joshua Jones, who was killed in August. The US State Department has informed Jones’ family about the body’s return, Jones’ father told CNN Wednesday.

The transfer took place just north of Vasylivka. The two sides had agreed to a two-hour ceasefire in no-man’s land between Russian- and Ukrainian-held Ukraine.

A Ukrainian ambulance was on site to transport Jones’ body. The Ukrainians said that they were able to identify the body by Jones’ tattoos and other identifying characteristics. The Russians had also sent photos of the body in advance.

In a tearful phone call, the man’s father, Jeff Jones, told CNN, “We got him back!”

“I cannot tell you what a burden is lifted off this family,” Jones said. “I couldn’t give up that hope.”

Jones said he got a message from the Ukrainian military’s International Legion Wednesday morning at 6:30 a.m. ET via the Signal app, but he missed the call. At 7 a.m. ET, he got a call from his son’s fiancée with the news. The US Embassy in Ukraine informed him shortly thereafter. 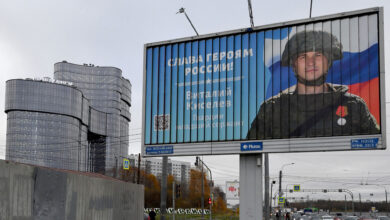