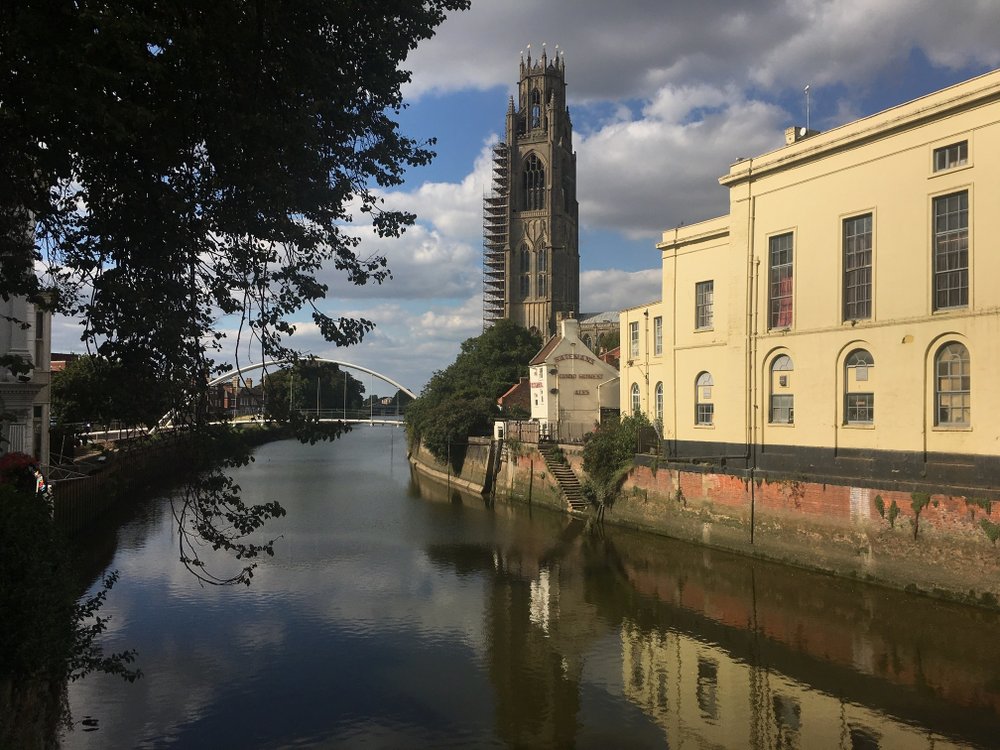 BOSTON, England (AP) — Like its American namesake, the English town of Boston has a reputation for rebellion.

Three years ago, almost 76 percent of voters in this eastern England town opted, against the government’s advice, to leave the European Union, the highest pro-Brexit vote in the UK With Britain’s departure delayed and politicians deadlocked, Bostonians now feel frustration, fatigue and even fury. And they warn Prime Minister Boris Johnson that he will be out of a job if he breaks his vow that Britain will leave the EU on Oct. 31, come what may.

“It’s a shambles,” retired truck driver Mick Phoenix said. “It’s disgusting and, to be frank, verging on treason. They’re going against the will of the people.”

Julia Barber, shopping at the town’s open-air market, is also frustrated with lawmakers who voted last week to block Johnson’s bid to leave the EU without a deal, and rejected the prime minister’s call for a snap election.

“We can’t get anywhere. They are just blocking everything,” she said. “The whole country’s in limbo.”

Britain as a whole is split down the middle over Brexit . But support for leaving the EU — and ending European citizens’ automatic right to settle in the UK — remains strong in Boston, where rapid change from immigration has fueled resentment toward the 28-nation bloc.

Since the EU expanded eastwards in 2004, the historic market town has been transformed by thousands of immigrants from Poland, Lithuania and other ex-Communist countries who came to pick cauliflowers, broccoli and potatoes in the fertile fields around Boston or work in the region’s food factories.

The population of Boston, 120 miles (200 kilometers) north of London, has grown by a fifth since 2001, to about 68,000. The sturdy little town that provided some of America’s first Puritan settlers has become a collage of cultures. Traders sell local produce at an open-air market in the shadow of a medieval church, around the corner from a street of Eastern European supermarkets, travel agents and information centers.

Some long-term residents feel unsettled by the change. Unemployment in Boston is below the national average, but so are wages, and some locals blame the ready supply of migrant labor for keeping salaries low. Population growth — and years of public-spending cuts by the Conservative-led British government — have stretched schools, hospitals and housing. It’s common to hear long-settled residents accuse the newcomers of drunkenness and bad behavior.

Nigel Welton, the Conservative deputy leader of the town council, thinks immigration has been good for Boston, and says migrants have sometimes been scapegoated for local problems. But he says “a lot of people have seen too much change, too quickly.”

“We’re a small, rural market town, and we’ve recently started to have city problems,” he said.

The concerns are shared by Anton Dani, Boston’s first-ever immigrant mayor. Dani, who became civic leader in May, was born in Morocco, raised in France, and runs Cafe de Paris, a Gallic corner of Boston complete with pictures of the late French singer Charles Aznavour on the walls.

“This small town can’t take everything,” Dani said. “The infrastructure has been hit so hard that the people, their reaction — which is normal — has been delivering Brexit. If I look at it as a migrant, I do understand that kind of position.”

Not all “leave” supporters in Boston are motivated by immigration. Simon Brigden, who is married to a Polish woman, said he doesn’t like the bureaucratic EU, but thinks European citizens are an asset.

“I didn’t vote (to leave) because of immigration,” said Brigden, who employs Poles and Lithuanians in his construction business. “I don’t want to get rid of them.

Some Brexit supporters acknowledge that leaving the EU won’t solve all of Boston’s problems. It may even make them worse. Farmers’ groups say it is already getting harder to attract European workers, and the agriculture sector will face labor shortages if migration falls.

“When people were voting, they weren’t aware what they were doing,” said Adam Altynksi, a Polish parcel delivery driver who has lived in Britain for 14 years. “Because it’s going to affect them, that choice. It’s going to be harder times. The economy will be in a much more difficult situation.”

As it stands, Britain is set to crash out of the EU on Oct. 31 without a divorce deal to cushion the economic shock. Most economists say a no-deal Brexit will disrupt trade between Britain and the bloc and plunge the UK into recession. The pound, which has lost more than 15 percent of its value since the 2016 referendum, is likely to fall further. Food prices are set to rise and medicines could run short.

Many Brexit supporters believe the long-term benefits of an independent trade policy will outweigh any short-term pain. And some simply don’t care about the economic cost.

Anthony Henson, a retired IT and finance worker from the nearby town of Sleaford, said the vote for Brexit was about independence, not economics.

“It’s our country: We ought to be able to determine how we work together with other countries and how we take our country forward,” he said. “Whether it makes us richer or poorer is neither here nor there.”

Boston’s febrile Brexit atmosphere leaves Matt Warman, the area’s member of Parliament, with a balancing act. The Conservative lawmaker spends a lot of time reassuring European constituents that Britain wants them to stay after Brexit, but also understands concerns about the rapid changes immigration has brought to the town.

He voted for former Prime Minister Theresa May’s EU divorce deal — which was rejected three times by Parliament — but now agrees with Johnson that a no-deal Brexit would be better than remaining a member of the EU.

“What I hear from constituents is ‘Get on with it,’” Warman said. “Respecting the result is something that trumps the potential short-term trauma of a no-deal.”

The jobs of both Warman and his prime minister depend on delivering Brexit soon. With Parliament and the government deadlocked, Britain is almost certain to face a snap election within months. Pro-EU voters are already flocking to opposition parties, and if Johnson doesn’t deliver on his promise to leave the EU on Oct. 31 “do or die,” the Conservatives could lose towns like Boston to the single-issue Brexit Party, led by veteran euroskeptic politician Nigel Farage.

“Saturday the 31st of October, the prime minister has said ‘Do or die.’ That’s what people believe. They’re fully behind him,” Welton said. “And if he doesn’t deliver it, then people are going to be extremely upset in this town.”

Image: A view of St. Botolph’s Church in Boston, England, Saturday Sept. 7, 2019. Three years ago, almost 76 percent of voters in this eastern England town opted, against the government’s advice, to leave the European Union, the highest pro-Brexit vote in the UK With Britain’s departure delayed and politicians deadlocked, Bostonians now feel frustration, fatigue and even fury. (AP Photo/Jeffrey Schaeffer)

Britain's Johnson tries to save job and hardline Brexit