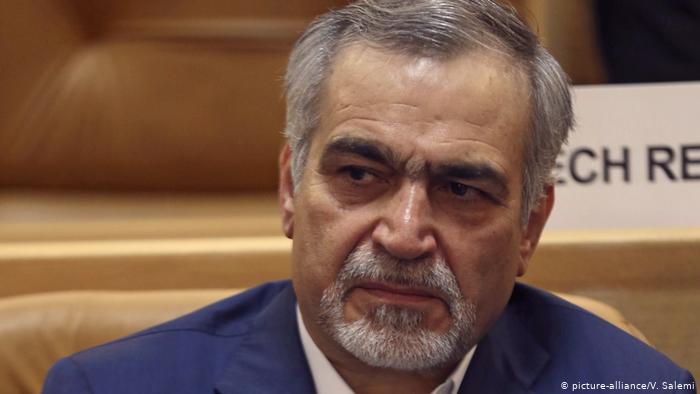 , to a prison term on corruption charges, Iranian state news agency IRNA reported on Saturday. The report did not specify the charges or the length of the sentence.

“This person was found not guilty on some charges, while he was sentenced to prison on other accusations,” IRNA quoted judiciary official Hamidreza Hosseini as saying.

The official said he would not provide details as the verdict could still be appealed.

Charges of financial misconduct against Fereidoun date back to 2016, in a case reportedly brought on by religious hard-liners in the country’s judiciary. Supporters of Rouhani, a moderate politician, believe the affair is politically motivated and aimed at exerting pressure on Rouhani.

Power struggle at the top

Fereidoun was first detained in 2017, but released on bail after spending a night in jail. The trial against him and six other co-defendants started in February.

The diplomat is a close confidant of his brother Hassan Rouhani, who changed his last name early in his political career. Fereidoun was also involved in the talks that culminated with the 2015 nuclear deal between Tehran, the US and four other countries.

The news of Fereidoun’s sentencing could be seen as another sign of a power struggle between Rouhani and the hard-liners in a country ruled by the supreme religious leader Ayatollah Ali Khamenei.

Iran must resist US sanctions through oil, non-oil exports: Rouhani