Cairo has the second largest number of high net-worth individuals (HNWI) in Africa, coming in right after South Africa’s Johannesburg, which is home to the largest number with 18,200 HNWIs, according to AfrAsia Bank’s 2017 Africa Wealth Report.

In full, Egypt has 18,000 millionaires, putting the country in second place after South Africa. 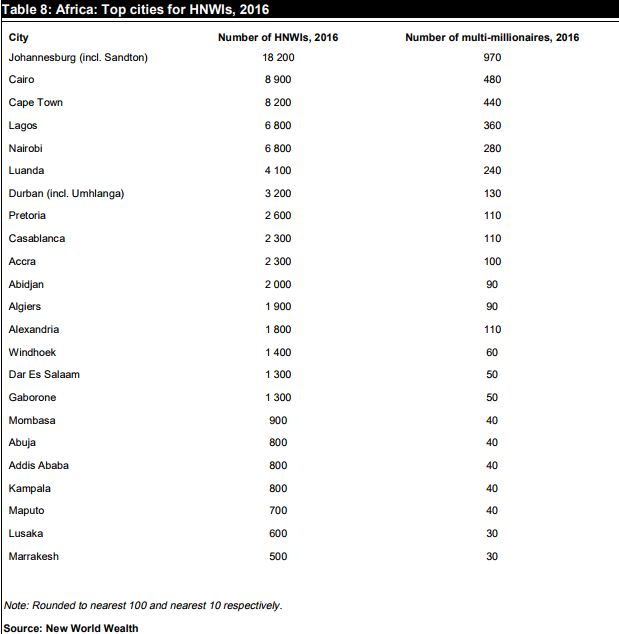 Casablanca ranked 8th on the list with 2,300 millionaires and 110 multi-millionaires residing in Morocco’s largest city.

The report also suggests that despite Egypt’s top ranking, the number of HNWIs decreased by 18 percent in the period between 2006 and 2016, and the report expects that figure to be stable until 2026, as predicted for Algeria and Morroco.

Despite being the second wealthiest nation on the continent with $313 billion, Egypt ranked 5th place in wealth per capita, coming in after Mauritius, South Africa, Namibia, and Botswana.
Africa’s richest nation is South Africa, which had a total wealth of $610 billion in 2016. 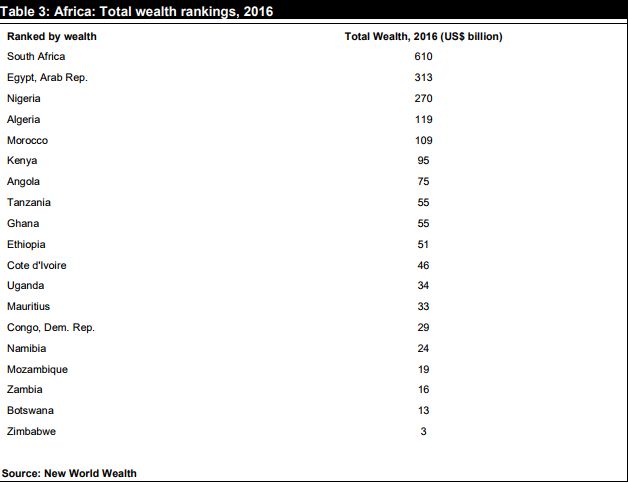 The most commonly quoted figure to be considered a high net-worth individual is $1 million in liquid financial assets. An investor with less than $1 million but more than $100,000 is considered to be “affluent” or “sub-HNWI”.

You can view the full report here.