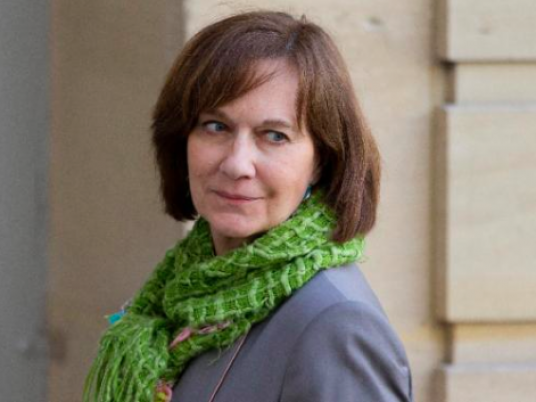 France's women's rights minister faced growing criticism on Thursday, including calls on social media to resign, after comparing women who wear the Muslim headscarf and veil to "negroes who supported slavery".

It was as if she had "set out to help the recruiters of Daesh", said Abdallah Zekri, president of the National Observatory against Islamophobia, using a Arabic term for IS.

The minister had "stigmatised" thousands of women, he added, and "spat in the face of the [secular] laws of the Republic by trying to interfere with the way women dressed."

The row was also trending on Twitter across France with a hashtag #RossignolDemission (#RossignolResign) demanding that she step down.

The League of French Muslim Women also condemned her comments, calling them "dangerous and irresponsible" and reminding her that women who wear the veil and headscarf were the main victims of racist attacks in the street.

"It is all the more surprising because the government has just launched an [advertising] campaign against racism, anti-Semitism and Islamophobia," the league's statement added.

Rossignol, who is also minister of family and child matters, tried to row back on the comments made during a radio interview Wednesday.

She told AFP the n-word was a reference to an abolitionist tract by the French philosopher Montesquieu, "On the Enslavement of Negroes".

Her controversial remarks came as she was asked about the wave of big fashion chains that have followed the Italian designers Dolce & Gabbana in catering specifically to the Muslim market, creating lines of hajib headscarves and "burqini" all-body swimming costumes.

The gaff was also pounced on by satirists. Comedian Olivier Perrin joked that she would make a good campaign director for US presidential hopeful Donald Trump, who has drawn fire for his comments about women and Muslims.

Perrin had earlier posted a picture on Twitter of a hooded Ku Klux Klan member giving the Nazi salute with the caption, "Laurence Rossignol wishes you a good day."

The cartoonist of Le Monde daily, Plantu, also came in for criticism on social media for his take on the row, showing two headscarved women asking when they could get designer explosives belts.