Calm prevailed on Thursday morning in the Delta city of Mahalla in Gharbiya governorate after a night of violent clashes between protesters and police forces. The clashes continued until dawn at police department offices and on main streets in the city.

Live gunshot sounds were heard in the area. The protesters torched tires, apparently to ease the effect of tear gas cloud which covered the area.

State-run news agency MENA reported that five protesters suffered birdshot injuries but did not give details on the conditions of the victims.

The clashes broke out on Wednesday when police killed by mistake four members of the same family. Police officials said they were chasing a fugitive convict.

Mahalla has witnessed frequent protests against what residents term "the rule of the Muslim Brotherhood" and against abuse and violations of protesters by police forces.

Last Friday, protesters in Mahalla's Shoan Square gathered after Friday prayers to call for President Mohamed Morsy to step down. The protesters called for civil disobedience against Morsy’s administration, telling citizens not to pay their electricity, water and gas bills. 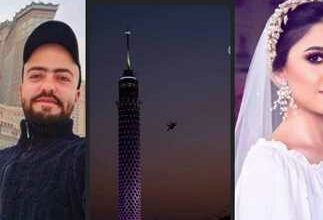