Facebook Twitter LinkedIn
Older obese people with mild cognitive impairment who lose a small amount of weight may see some improvement on tests of thinking skills, according to a new study.
Mild cognitive impairment causes slight but noticeable declines in memory and thinking skills, and increases the risk of Alzheimer’s or other forms of dementia developing later, according to the Alzheimer’s Association.
“Increased adiposity has been correlated with reduced volume in a number of brain regions,” said lead author Dr. Nidia Celeste Horie of the University of Sao Paulo School of Medicine in Brazil. Calorie restriction has many benefits for humans, including reduced abdominal fat mass, and may also improve the resilience of synapses in the brain, she said.
“The results should be reproduced in other settings before it is considered a standard recommendation,” Horie said by email. “At the moment, obese individuals should try to lose weight as young as they can, to protect health in general and the brain in particular, and obese elderly with mild memory problems should try to lose weight to improve comorbidities, knowing that at least it will not be harmful for cognitive skills and with luck they could be preventing dementia.”
The researchers divided 80 obese people over age 60 with mild cognitive impairment into two groups, one of which received usual medical care while the other also met in group nutritional counseling meetings for a year. The average age was 68.
All the participants were advised to meet physical activity guidelines, including doing at least 150 minutes of moderate-intensity aerobic exercise or walking throughout the week, or if limited due to health conditions, aiming to be as physically active as possible.
The nutritional counseling group also met about 28 times for one-hour sessions, which included advice on eating a diet rich in fiber, fruits, vegetables and whole grains, and on how to achieve a daily 500-calorie deficit.
At the start, all the participants had a body mass index (BMI) – a measure of weight in relation to height – of at least 30, the lower limit for obesity.
By the one-year point, BMI had decreased by an average of 1.7 points. The proportion of those who were physically active did not change.
The process of recruiting volunteers included information on the risks of obesity, which may have increased motivation to lose weight in both groups, Horie said.
Performance on a battery of physical tests tended to improve during the study. As BMI decreased, thinking skills, verbal memory, language and executive function appeared to increase based on cognitive tests. The improvements were more pronounced for younger seniors, according to the results in the Journal of Clinical Endocrinology and Metabolism.
“The mild weight loss was initially disappointing, but after a more deep analysis, we could see that even with small weight changes the decrease of adiposity was correlated with cognitive improvement,” Horie told Reuters Health.
None of the participants had conditions like depression, heart failure or alcoholism that would interfere with weight loss or cognition.
“In a way it could be a bit risky because if you are already going into dementia, it might not be a good idea to lose weight,” said Dr. Agnes Floel of Charite-Universitaetsmedizin Berlin in Germany, who was not part of the new study.
But this proof of concept study indicates that calorie restriction is safe for people with mild cognitive impairment, Floel told Reuters Health.
“I think what is clear is that caloric restriction seems to activate processes that are good for the brain,” she said. Weight loss itself may not need to be the goal for elderly people, since those in this study lost relatively little weight, she said.
There may be substances that mimic the effects of calorie restriction in the brain, which would be useful to investigate, she said.
It is still too soon for older people with thinking difficulties to ask their doctors about calorie restriction for improving cognition, she said, and it may never be a safe strategy for certain people, including cancer patients and pregnant women.
Tags
Alzheimer calorie cutting calories obesity thinking skills 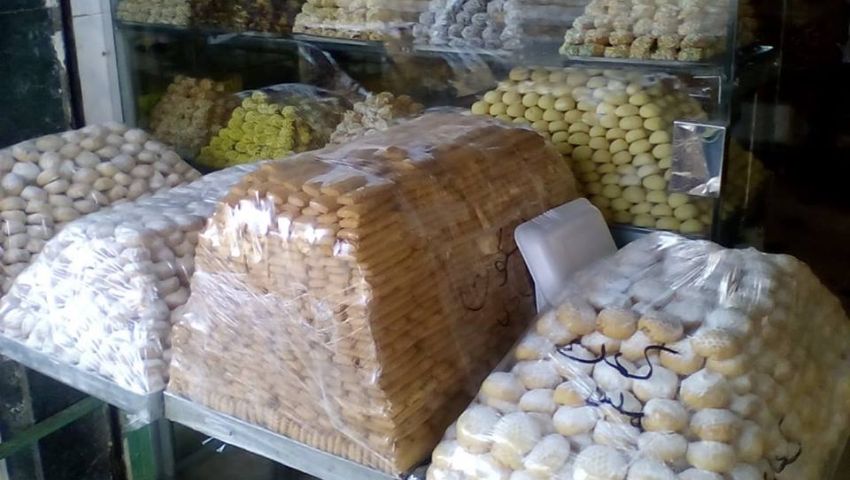 How many cookies and biscuits should one consume during Eid al-Fitr?