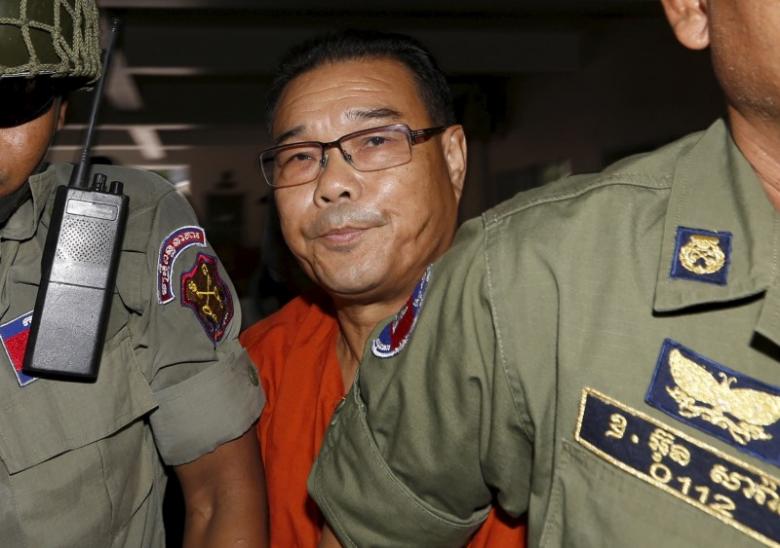 Elected officials from Cambodia’s banned opposition party have begun handing over their duties after a court ordered the party dissolved, the government said on Monday.

The party was banned after its leader, Kem Sokha, was arrested for alleged treason. The government says he sought to take power with American help. He rejects as politically motivated to allow Hun Sen to extend his more than three decades in power in next year’s general election.

Among those told to give up their positions after the court ruling were councillors elected to communes in June, when the CNRP gained control of 40 percent of local councils and showed the electoral threat it posed to Hun Sen.

Khieu Sopheak said he didn’t know how long it would take for all the CNRP commune officials to hand over. The ruling Cambodian People’s Party (CPP) will take over nearly all of the communes won by the opposition.

The CNRP’s 55 seats in the 123-member parliament will be shared among six minor parties, the National Election Committee (NEC) said. It had been unable to contact one of the parties that would now get a seat because the headquarters was shut and there was nobody around, it said.

The court has also banned 118 CNRP party members from politics for five years.

Mu Sochua, a senior CNRP member who moved abroad shortly before the party was banned, said party officials met over the weekend outside Cambodia “to put together an action plan for the immediate future.”

“We reject the decision of the court,” she said, adding that Kem Sokha remained president and the party’s former leader, Sam Rainsy, had rejoined.

Sam Rainsy had resigned in February, saying he feared the party would be banned if he did not because of defamation convictions against him which he says are politically motivated and pushed him to flee Cambodia in 2015.

Across Cambodia, police took down CNRP signs outside party offices and on the streets. The interior ministry spokesman said the CNRP had helped by taking down the sign from their headquarters in Phnom Penh themselves.

Rejecting the criticism from the United States over the dissolution of the opposition party and a crackdown on local rights groups and independent media, Hun Sen said on Sunday that Washington should cut off all aid for Cambodia.