Facebook Twitter LinkedIn
Separatist parties in Spain's northeastern Catalonia region on Thursday agreed the wording of an independence referendum on November 9, 2014, but the Spanish government said the vote was illegal and would not happen.
Catalan regional government head Artur Mas said the vote would ask two questions: "Do you want Catalonia to be a state?" and "Do you want that state to be independent?"
Spain's Justice Minister Alberto Ruiz-Gallardon immediately said the vote could not take place because the constitution would not allow it.
The ruling People's Party and the main opposition Socialists have both decried Catalan breakaway rhetoric. Both have lost substantial voter support in the region as tensions between Catalonia and Madrid have risen.
Catalonia has strong historic and cultural roots and its own language, aside from Spanish. It wants more say over taxes and public spending, demands that have come to a head asSpain has implemented tough austerity measures to cut its budget deficit.
Polls show that around half Catalonia's residents would choose independence in a yes-or-no breakaway referendum.
The region, whose capital is Barcelona, makes up a fifth of the Spanish economy and around 15 percent of its electorate.
Tags
Catalonia Spain 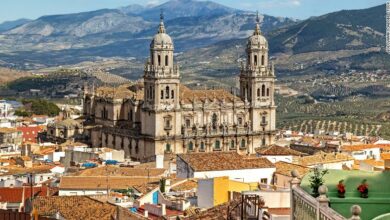