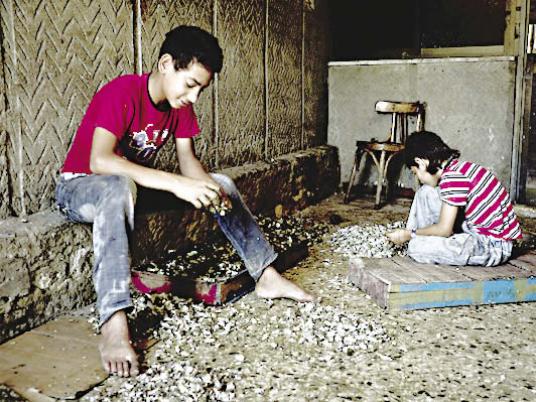 organization criticized a proposed constitutional article that would safeguard children's rights, saying in a statement Sunday that the article is highly deficient.

The Egyptian Coalition on the Rights of the Child said the proposed chapter for rights and freedoms, which contains 50 articles published on the constitution-writing assembly's website, do not protect children's rights.

The proposed article would permit child labor without setting an age at which children may start work, only prohibiting hiring preschool-age for different types of jobs, which the statement said implicitly indicates children may work at any age.

This constitutes a violation of children's right to be protected against economic exploitation, the group said.

The statement said the article does not tackle the protection of children against all forms of physical, psychological and sexual violence in all places, including at school.

The article also did not refer to children's right to be protected against all forms of discrimination, particularly girls, who are subject to practices such as circumcision and early marriage.

The statement suggested the article be reformulated to ban all forms of child labor for children who have not completed the stages of compulsory education. It also proposed that children with disabilities should be rehabilitated and incorporated into society, and that child disabilities be detected early and without discrimination.