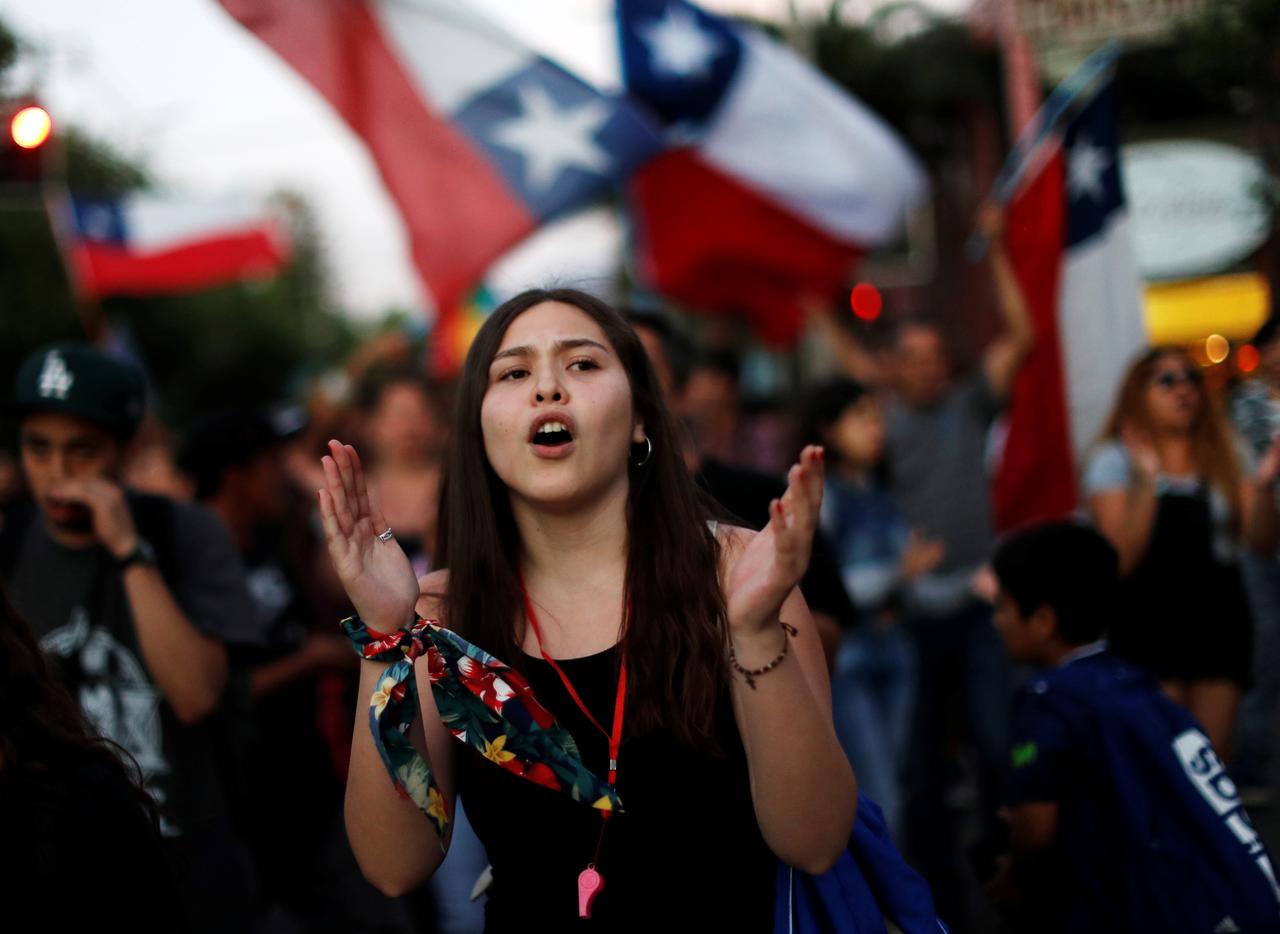 SANTIAGO (Reuters) – The Chilean government has agreed to write a new constitution to replace one dating back to the Pinochet dictatorship, bowing to the demands of protesters who have taken to the streets in often violent demonstrations in recent weeks.

Interior Minister Gonzalo Blumel said the president, cabinet members and political allies had agreed Congress should lead the process of re-writing the constitution. The document would be put to a public referendum.

“Above all, we must focus on the goal of reconfiguring the social contract, which has arisen as a fundamental demand of our citizens,” Blumel told a news conference on Sunday night.

The announcement from President Sebastian Pinera’s center-right government was made after three weeks of protests over a hike in metro fares that have descended into arson, riots and looting.

At least 20 people have been killed, while businesses have suffered billions of dollars in damages and Santiago’s public transport system has been hobbled.

A new constitution has repeatedly arisen as a central demand of protesters. Critics have long said the existing document, written and approved during General Augusto Pinochet’s 1973-1990 military dictatorship, lacks legitimacy.

The document has been tweaked several times since it was enacted in 1980. But those calling for change say any new text must add further protection of social rights and increase citizen participation in the 30-year old democracy.

Opponents of the overhaul say the current charter has been a pillar of stability for Chile, among the region’s strongest and most investor-friendly economies.

Blumel did not give a timeline for the process but said that the government would move quickly to begin.

“The best way to proceed is via Congress, with participation from citizens, and then, to submit it to a plebiscite,” Blumel said.

Image: FILE PHOTO: Protesters gather in support of Gustavo Gatica in his hometown La Colina, Chile November 10, 2019, after Gatica was hit by pellets in his eyes on Friday during a protest against Chile’s government in Santiago. REUTERS/Jorge Silva