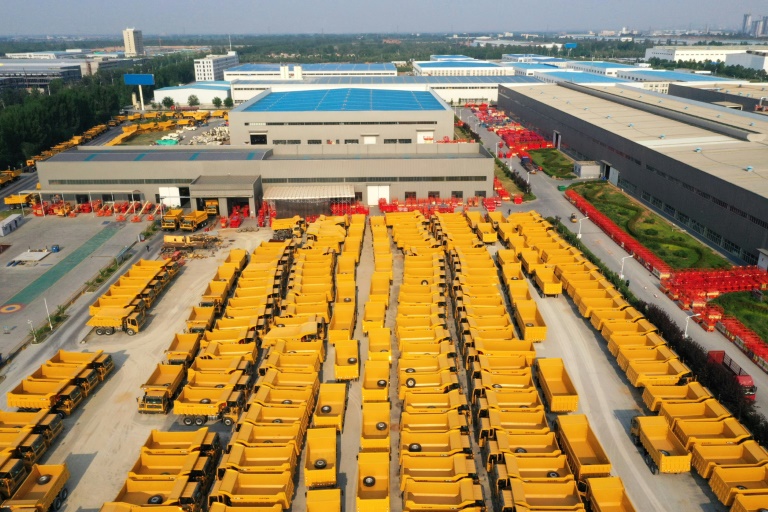 China’s economy grew at its slowest rate in three decades in 2019, according to an AFP poll of economists, after a year marked by weaker domestic demand and a bruising trade war with the United States.

The survey of analysts at 14 institutions predicted that the world’s second-largest economy would clock 6.1 percent gross domestic product (GDP) growth for the full year.

Analysts are forecasting six percent growth for the last three months of the year, the same as the previous quarter, with the official figure to be released Friday alongside the annual GDP result.

Oxford Economics senior economist Tommy Wu said that although GDP figures are set to hit a record low for recent decades, it was not unusual to see growth tapering off in economies undergoing restructuring and moving towards services and higher-value industries.

“It’s natural to see the Chinese economy’s growth rate slow over time, converging to something more sustainable over the long run,” he said.

Wu said that apart from the US-China trade war, which weighed on manufacturing and exports over the year, government stimulus measures had also taken a toll.

He said authorities had focused on encouraging demand with tax cuts, which were “not as effective when it comes to boosting the economy, compared with other means such as infrastructure spending”.

The Beijing-based investment bank’s analysts said they expect economic momentum to continue after a strong rebound in industrial production growth in November.

There are other positive signs on the horizon as well, Wu said, citing the US-China “phase one” trade deal due to be signed on January 15.

A recent JP Morgan report said a recovery in trade is likely to help growth in 2020 — although this also depends on further progress in the trade talks and how quickly fiscal support can step up to support infrastructure investment.

“The implementation of the phase one deal this year could also create a lot of uncertainties,” she told AFP.

And China’s growth may not have hit the bottom yet, according to Nomura analysts, given challenges such as worsening fiscal conditions, a cooling property sector and weakening exports.

Nomura’s Wang Lisheng told AFP that despite the ongoing trade talks, China’s export growth is likely to remain under pressure in coming quarters, given existing US tariffs on and global economic headwinds.

Beijing may respond with another round of infrastructure stimulus, likely to focus more on large cities in the coastal regions, Nomura analysts said.

The World Bank has forecast China’s growth to come in at 5.9 percent this year, against the backdrop of a “fragile” world economic outlook.

Overall global growth is expected to accelerate slightly in 2020.