The death toll from a typhoon in eastern China that has been classed as the third-largest on record rose to 28 on Sunday, according to state media, with the now weakened storm moving northward along the coast of Shandong province.

The fatalities were caused by a landslide triggered by the Typhoon Lekima, according to state TV. The disaster took place in the municipality of Wenzhou, in Zhejiang province, when a natural dam-like buildup of earth broke.

“Torrential rains caused a landslide on a mountain that blocked a river below,” state TV said. When the “dam” created by the blocked earth broke, the water swept downstream. Twenty people are reported to be still missing.

The storm made landfall in the eastern province of Zhejiang early Saturday morning with maximum winds of 187 kilometers per hour (116 miles per hour), bringing with it waves several meters high, downing thousands of trees and sending torrents of muddy water into the streets.

China lowered its weather alert from red to orange on Saturday as the storm began to weaken and downgraded its prior classification of “super” typhoon.

The storm forced the evacuation of more than a million residents from coastal areas, state media reported. More than 2 million households in Zhejiang experienced blackouts due to strong winds and rain cutting electricity lines.

Some train services between Zhejiang and northern China were also disrupted, and hundreds of flights at various airports were reportedly canceled.

The storm is predicted to continue weakening as it moves northward. Authorities have warned of more flash floods, mudslides and landslides.

Prior to reaching China, the storm had forced flight cancelations and business closures on the island of Taiwan. 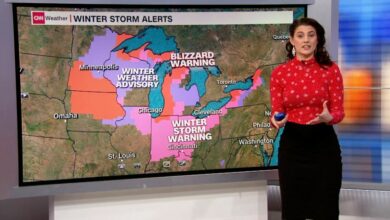