Beijing’s widening clampdown on big technology firms sparked a major sell-off in their shares this week. The Nasdaq Golden Dragon China Index of nearly a hundred Chinese firms listed in the US plunged 13 percent at one point.

The rout followed the announcement of tough new regulations aimed at reining in the power of the country’s billionaire entrepreneurs amid growing insecurity within China’s Communist Party.

The curbs have prompted questions about why the Asian powerhouse is taking such a hard line now, when its economy is only just recovering from the coronavirus pandemic.

One of the most recent interventions came last weekend when a band of popular education companies was ordered to stop profiting from the private tuition of millions of Chinese students. The shares of the three largest US-listed Chinese tuition firms TAL Education, New Oriental and Gaotu Techedu plummeted by 65-70 percent on the announcement.

Earlier this month, ride-hailing app Didi was banned from Chinese app stores just days after its New York initial public offering (IPO), amid concern that user data could fall into foreign hands. Didi’s shares lost $17 billion (€14.31 billion) in value in a week. Food delivery platform Meituan was this week ordered by Beijing to comply with new labor protection rules that sparked a 30 percent sell-off in its shares.

Investigations and new regulatory hurdles have become commonplace over the past year as President Xi Jinping tightens his grip on power. The most publicized was the halting in November of the IPO of Ant Group, which owns China’s largest digital payment platform Alipay. Ant’s founder Jack Ma — who is also co-founder of e-commerce giant Alibaba  —was forced to lay low for several months after the billionaire criticized the new regulatory curbs.

Jacob Gunter, senior analyst at the Berlin-based Mercator Institute for China Studies (MERICS), noted that policymakers have threatened tougher regulations for some time and clearly believe that the post-pandemic era is the ideal time to carry out the reforms. 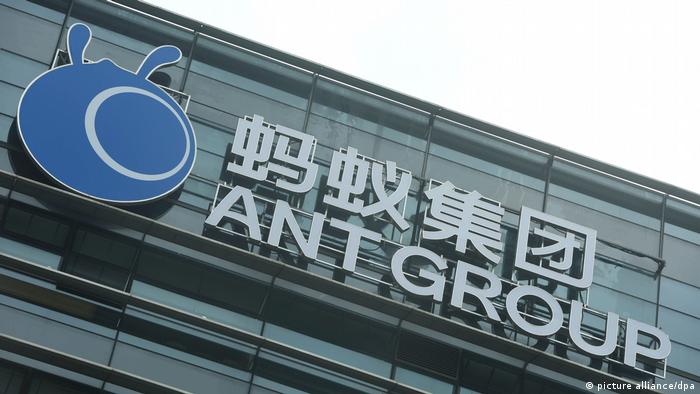 Gunter thinks the likes of Ant, Didi and gaming giant Tencent make perfect scapegoats that will help to force other tech firms to toe the line.

“Cracking down on a few major tech companies is a really good way to send a message to the entire business community that policymakers are taking this very seriously,” Gunter said. “I don’t think they want to destroy Ant, Alibaba or Didi. The state just wants to have better control over them.”

The crackdown has left global investors reeling. They believed that the US — not Beijing — wanted to obstruct China’s impressive growth path by launching a trade war. Two decades of sometimes double-digit economic growth, along with expectations that China will soon overtake the US as the world’s No.1 economy, has boosted confidence in the future earnings of Chinese-listed firms.

“Let’s not kid ourselves, most of the decision-makers on Wall Street are not China experts and certainly not in the field of Chinese policymaking,” Gunter told DW. “They would do well to read up on the Xi Jinping Thought.” 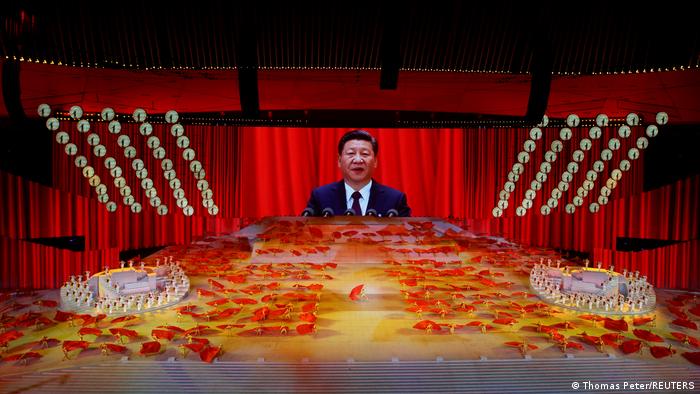 The term, first coined in 2017, refers to the writings and speeches of the Chinese president, which among other things, seeks to ensure the Communist Party leadership has a strong hand in all activity within China and that the country prioritizes “socialism with Chinese characteristics.”

It may surprise investors to know that the Party has been advocating since last year “the prevention of disorderly expansion of capital” amid concerns about the way that Chinese entrepreneurs have amassed huge wealth so quickly.

The huge financial losses — in some cases, halving the net worth of the start-ups’ owners — may well be short-lived. Some analysts believe the recent selloff is a huge bargain-hunting opportunity.

On Thursday, Hong Kong’s Hang Seng index  — where many mainland startups are listed — rebounded after a strong sell-off earlier in the week. The Nasdaq Golden Dragon China Index also ticked up again.

According to the Financial Times, China’s securities regulator held a call with representatives from several large global investors, including Wall Street banks on Wednesday night to try to assuage their concerns.

China Securities Regulatory Commission (CSRC) Vice Chairman Fang Xinghai said Beijing will continue to allow Chinese firms to go public in the US as long as they meet listing requirements.

But one person briefed on the call told the FT: “It’s clear there will be more (tougher regulations) to come, that’s obvious to everyone.”

Indeed, the listing of many Chinese firms on non-mainland stock exchanges may offer an opportunity to partially avoid Beijing’s heavy hand.

“They’re essentially required to follow certain rules and international norms, which they can use as a shield to protect themselves from pressure within China,” Gunter told DW. “If Beijing tries to interfere, they can say ‘Hey, we’re publicly listed on the New York Stock Exchange, we can’t do that!'”

France recalls ambassadors from the US and Australia over submarine deal