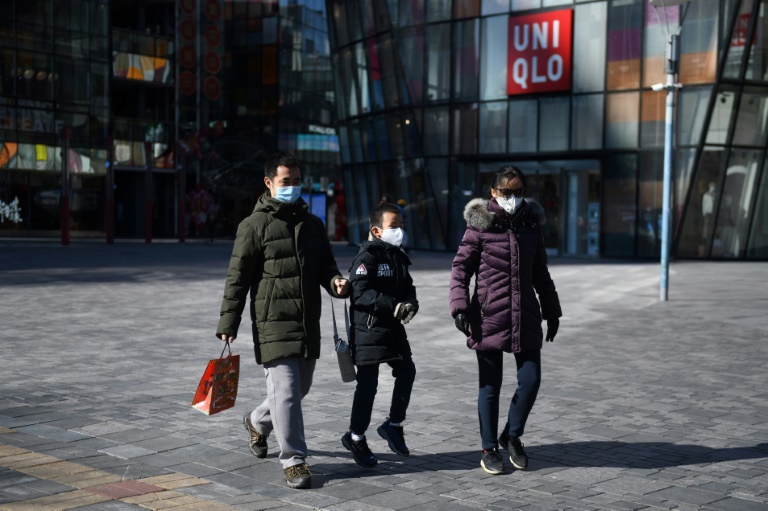 The number of people infected with the new coronavirus in China passed 70,000 on Monday as international experts began meetings with their Chinese counterparts on how to tackle an epidemic that has caused global concern.

The death toll jumped to 1,765 in mainland China after 100 more people died in Hubei province, where the virus first emerged in December before spreading across the country and overseas.

Worries about its spread remain high and the epidemic’s reach was highlighted by the US announcing that more than three dozen Americans from a cruise ship quarantined off Japan were infected.

The number of new cases of the COVID-19 strain spiked last week when officials in Hubei changed their criteria for counting cases to include people diagnosed through lung imaging.

The number of new cases in the province on Monday was around 100 higher than those on Sunday but still sharply down from those reported on Friday and Saturday.

The latest figures came as the head of the World Health Organization said international experts in a WHO-led joint mission had arrived in Beijing and had had their first meeting with their Chinese counterparts.

“We look forward to this vitally important collaboration contributing to global knowledge about the #COVID19 outbreak,” Tedros Adhanom Ghebreyesus said on Twitter.

But Tedros has warned it is “impossible to predict which direction this epidemic will take”.

The UN health body has also asked China for more details on how diagnoses are being made.

The scale of the epidemic ballooned on Thursday last week after authorities in Hubei changed their criteria for counting cases, retroactively adding 14,000 cases in a single day.

Chinese authorities have placed about 56 million people in Hubei and its capital Wuhan under quarantine, virtually sealing off the province from the rest of the country in an unprecedented effort to contain the virus.

Even as China insisted the epidemic was under control, Hubei authorities announced on Sunday a tightening of movement across the province.

This includes broad instructions that residential compounds and villages be “sealed off” from unnecessary visitors, with tenants’ outings “strictly managed”.

Local authorities elsewhere in China have also introduced measures to try and stop the virus spreading.

Beijing’s municipal government has enacted a rule requiring people coming to the capital to self-quarantine for 14 days, according to official media.

Outside mainland China, Taipei officials reported the island’s first death from the new coronavirus on Sunday, as a 61-year-old man from central Taiwan with underlying health problems but no recent overseas travel history died in hospital.

He is the fifth person outside of the mainland to die from the virus, with the other deaths in the Philippines, Hong Kong, Japan and France.

The biggest cluster outside China is on a quarantined cruise ship off Japan, with 355 infections confirmed.

A top US health official on Sunday said 40 Americans from the ship have become infected and would be treated in Japan.

Other Americans left the Diamond Princess into the early hours of Monday for chartered jets that would fly them home — and into further quarantine.

The virus spread last month as millions traveled across China for the Lunar New Year holiday, which was extended to try to prevent more infections.

People have slowly started to return to work in the past two weeks, though many are doing their jobs from home and schools remain closed.

With the government facing criticism over its handling of the crisis, Chinese President Xi Jinping said the government must “increase use of police force” during the crisis. He made the comments in a February 3 speech published by state media on Saturday.

A number of local officials have been sacked for their role in mishandling the outbreak.