Christie’s auction house in London announced that it will be selling a group of Egyptian, Roman and other antiquities in an online auction being held from June 2 to 16.

Christie’s reports that the jar was taken out of Egypt, arriving in the US state of Minnesota in 1922. It arrived at Christie’s in New York on December 15, 2016.

Canopic jars made of pottery or limestone were used by the ancient Egyptians in the mummification process. The Egyptians would place the entrails of their dead inside the jars in order to preserve them.

These pots were given their name because scientists first found them in the area of Canopus, now Abu Qir in Alexandria.

The pieces being auctioned also include a stone rendering of the head of King Senusret III. Its estimated price at auction is between $70,000 and $90,000. Other items incluse a limestone statue dating back to the late period (664-332 BC), as well as a plate with wooden handles and a bronze statue of the divine bull Apis.

Shaaban Abdel Gawad, General Supervisor of the Department of Retrieved Antiquities at the Egyptian Ministry of Antiquities, said that the ministry is closely following the auction and will take the necessary legal measures if the antiquities are proven to have been illegally removed from Egypt.

In statements made to Al-Masry Al-Youm, he added that his department is following all auctions, making a great effort to recover looted Egyptian antiquities.

Christie’s has auctioned dozens of Egyptian pieces over the past several years, most notably the head of the Amun, which sold for roughly five million sterling pounds despite Cairo’s strong protests against the sale. 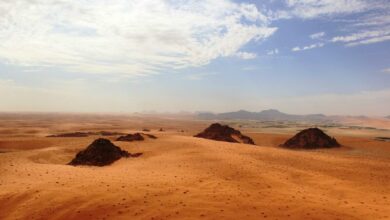