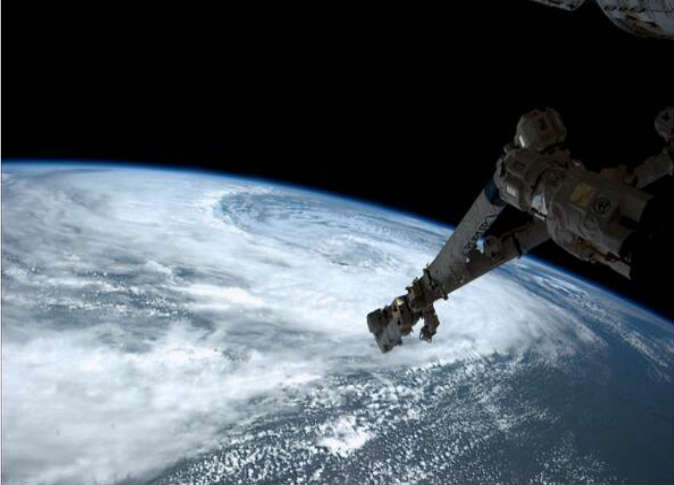 The International Space Station accepted its first U.S. shipment in more than half a year early Wednesday, receiving Christmas presents and much-needed groceries for the resident astronauts.
"There's much rejoicing on the ground," Mission Control radioed.
NASA astronaut Kjell Lindgren (CHELL LEND-grin) used the space station's big robot arm to grab the capsule and its 3 ½ tons of cargo. The operation went smoothly, thanks to all the practice Lindgren put in. He operated the crane via joy sticks, joking earlier this week, "I knew those hours playing video games would come in handy!"
The capture occurred as the spacecraft soared 250 miles above the Arabian sea, skirting the coast of Oman.
The supply ship, dubbed Cygnus after the swan constellation, rocketed into orbit Sunday from Cape Canaveral, Florida. NASA's commercial shipper, Orbital ATK, used another company's rocket for the launch. Orbital supply runs had been on hold ever since a launch explosion last year. The other U.S. supplier, SpaceX, meanwhile, has not made a delivery since April because of a launch accident.
Orbital flight controllers, based at company headquarters in Dulles, Virginia, applauded and shook hands once the Cygnus made contact with the space station. They wore retro-style white shirts, black slacks and skinny black ties in honor of the Mercury astronaut for whom the capsule had been named, Deke Slayton, a commercial space pioneer before his death in 1993.
The previous Cygnus also bore Slayton's name, but ended up being destroyed seconds after liftoff in October 2014. Orbital wanted to honor him in a better way, and so christened this capsule the S.S. Deke Slayton II.
NASA is paying billions of dollars to Orbital and SpaceX to stock the space station. The pantry got a little too empty for NASA's taste over the past year; besides the two lost commercial shipments, Russia also endured a failed supply run. The Russian Space Agency didn't take long, however, to resume flights; another shipment is scheduled for just before Christmas.
SpaceX, meanwhile, aims to resume shipments in January.
This was Lindgren's last big job at the space station. He's scheduled to return to Earth on Friday, along with a Russian and Japanese, following a five-month mission.
Two of the six-man crew — commander Scott Kelly and Mikhail Kornienko — are three-quarters of the way through a one-year mission. They're especially eager to see the Cygnus contents, since they won't be back on the planet until March.
The Cygnus will remain at the space station for a month, before being filled with trash and cut loose for a fiery re-entry.