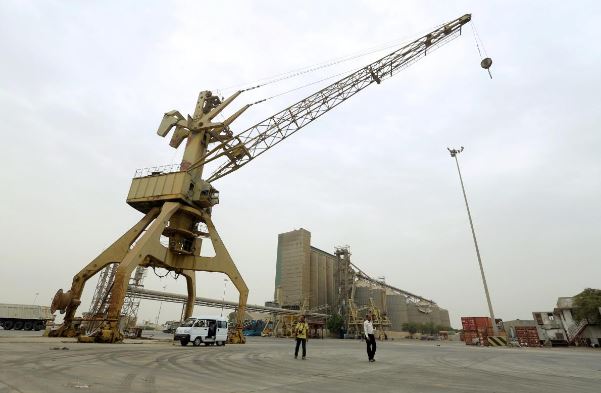 Fires burned on the main front lines in the city’s east and south, while exchanges of artillery fire shook buildings in combat that broke out overnight, they said. Both the Shiite Huthi rebels who hold the city and the government-backed troops who oppose them have been seen erecting barricades and digging defensive trenches.

“All night long, we hear the loud roar of machine guns and artillery, which had been silent for the past two weeks,” said resident Ahmed Nasser, adding that he was worried for relatives who had returned to the July 7 neighborhood on the city’s eastern front.

The officials spoke on condition of anonymity as they weren’t authorized to brief journalists, while witnesses did so for fear of their safety. Ambulances were heard in the city after shelling hit residential neighborhoods, but it was unclear what casualties had resulted.

The fighting comes days after the internationally recognized Yemeni government, along with allies Saudi Arabia and the United Arab Emirates, accused the Huthi rebel foes of breaking the cease-fire and refusing to withdraw their forces from the city in line with the December agreement.

Under the agreement, local authorities and police were to run the city and its three ports under UN supervision, after all sides pulled out their fighters. Both sides also agreed on a prisoner exchange, but neither of the deals have yet to be implemented.

Yemen’s government has been battling the rebels since 2014, when the Huthis swept down from the north and seized the capital, Sanaa. A Saudi-led coalition entered the war on the side of the government in March 2015. The stalemated conflict has killed tens of thousands of people and raised fears of famine.

Despite the Hodeida accord, which was signed in Sweden, fighting has also continued in other parts of the country. That too seemed to pick up on Sunday, with officials reporting fierce fighting between the rebels and pro-government tribesmen in the in the Kasher area of Hajjah province, where the Huthis took control of the town of Abyssa sending hundreds of civilians fleeing in panic.

Former provincial governor Fahd Dahshush in a statement accused the Houthis of detaining dozens of tribesmen and killing several prisoners, including one local politician by shooting him in front of his family.

Airstrikes by the Saudi-led coalition opposing the rebels have killed dozens of their forces in the past days, the officials added, while trying to supply the tribesmen with food, medicine, arms and ammunition.