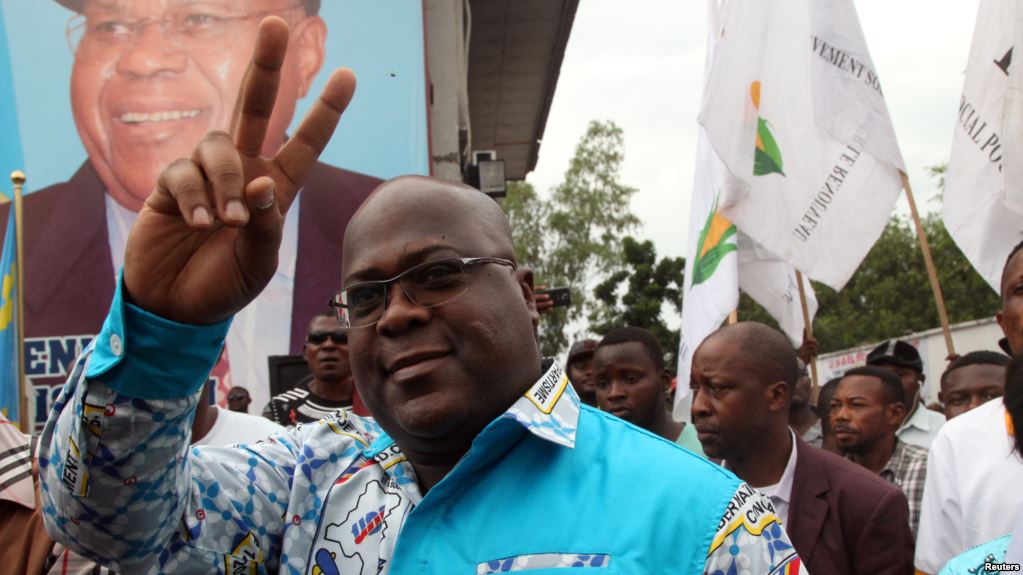 KINSHASA, Congo (AP) — Congo on Thursday was poised to inaugurate an opposition leader as its unexpected new president in the Central African country’s first peaceful, democratic transfer of power since independence nearly 60 years ago.

The 55-year-old Felix Tshisekedi, son of the late opposition icon Etienne, will be sworn into office at the Peoples’ Palace, the seat of the national legislature in the capital, Kinshasa. Supporters who for decades backed the elder Tshisekedi’s pursuit of power streamed into the venue with Congolese flags tucked into their hair or wearing leopard-print caps and cravats.

Just one African head of state, Kenya’s President Uhuru Kenyatta, was seen at the ceremony after the international community expressed reservations over alleged election fraud that brought Tshisekedi to power. The United States and others this week have said they will work with the new leader but did not offer congratulations.

Many Congolese hope that Tshisekedi will bring change after 18 years of rule by President Joseph Kabila, who in a final address on Wednesday night urged the country to unite in support of the incoming leader. He said he was stepping aside with no regrets.

Tshisekedi now must work with a legislature dominated by members of Kabila’s ruling coalition.

Few had expected an opposition victory in Congo, where Kabila has ruled since 2001 and hung on for more than two years of turbulent election delays.

Declared runner-up Martin Fayulu had mounted a court challenge to Tshisekedi’s win, alleging massive rigging and demanding a recount. The Constitutional Court on Sunday rejected it.

Outside court, Fayulu accused Kabila of making a backroom deal with Tshisekedi as it became clear the ruling party’s candidate did poorly at the polls. Observers have said Fayulu, an opposition lawmaker and businessman who is outspoken about cleaning up Congo’s sprawling corruption, was seen as a bigger threat to Kabila and his allies in the country of sprawling mineral wealth.

Few Congolese have taken up Fayulu’s call for peaceful protest, appearing instead to accept Tshisekedi’s win as long as Kabila is on the way out and there is peace.

President's inauguration in DR Congo may be postponed: party source