A controversial television program hosted by Salafi preacher Khaled Abdallah will return to the airwaves on the privately–owned Al-Nas channel, the Supreme Administrative Court ruled on Monday, overruling a previous court order banning the program due to Abdallah’s foul language.

On 3 November the Administrative Court ruled that Abdallah’s program be banned for 25 consecutive days, and that the presenter himself be banned from appearing on any other TV program or participating in a phone-in interview for another 25 days.

Lawyer Mohamed Salem filed the lawsuit against Abdallah on charges that the preacher insulted Omar Afifi, an ex-police officer who lives in the United States. Abdallah’s show is seen all over the Arab and Islamic world.

The Salafi preacher has stirred several major controversies over the last year. Most recently, he attacked liberal and secular forces on his show in the course of Saturday’s pro-Morsy protests at the Renaissance Square by Cairo University.

Abdallah also said that media workers “hate God’s law,” and that reform advocate Mohamed ElBaradei “came with American support.” On Saturday, he joined in the call for Sunday’s sit-in before the Supreme Constitutional Court. 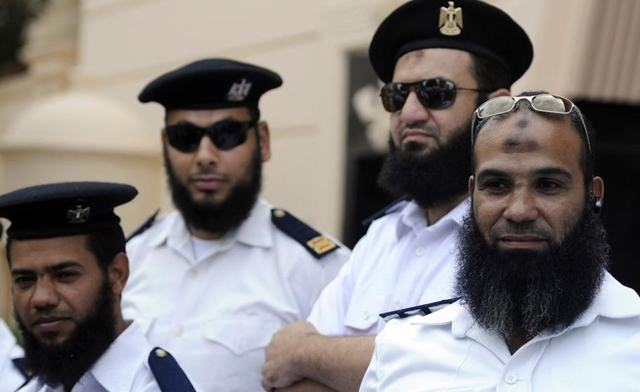