As protests erupted in the vicinity of the US Embassy in Cairo last week over an anti-Islam film, Egypt Independent had reporters on the ground every day. Their assignment was to come back at the end of the day and write an account of what they saw, based on conversations they had with people partaking in the protests, in an attempt to unpack motivations and the protests’ scope. But two accounts, “A day by the protests at the US embassy” by Ali Abdel Mohsen and “Wall built to end clashes over anti-Islam film; indignation rages amongst protesters” by Abulkasim al-Jaberi, ended up representing the protests in an essentially very different way, eventually reinforcing different ideological positions. The process probed questions about our practice and about the intricate process of representation across the multilayered journalistic narrative, from reporting and framing, to writing and choosing background.  Reporters Abdel Mohsen and Jaberi, News Editor Tom Dale, and Editor-in-Chief Lina Attalah talked about it over a cup of tea in the newsroom.

Lina Attalah: Let's start by having each of you talk about what you thought of each other's piece. Are these parallel narratives? Contradictory narratives? Intersecting narratives?

Abulkasim al-Jaberi: In short, your piece plays into the narrative that dominates the media landscape. What's dominating so far in mainstream media is the idea that [the protesters] are just lunatics or religious fanatics, and to me that ignores so many factors that play an important role in the makeup of people's motivations. Each individual’s motivations are multifaceted and [your piece] disregards that and leaves space for racist and orientalist explanations of why people are doing this by not providing political context. I also felt you didn’t ask enough questions to actually find out what drives people to be there.

Ali Abdel Mohsen: I definitely asked more questions. I had conversations. I was there for a specific reason and that’s not to make people look bad, but to report what I see. What I wrote is definitely what I saw. You can try to get through the root of [why they are there], but I didn't get anything that I felt was worth being published. I was there ultimately to report. I just report what is happening in front of me. I am aware about your concerns. But that's why I got depressed about it when I sent it. In fact there is stuff that I didn’t add. Maybe I didn't talk to the right people. I wasn't going all around Tahrir. I was mostly where people were throwing stuff. For me, it was watered down to people who were there for the thrill of it. There was no humiliation, no sadness. There were jokes, cheering when people broke stuff. I don't think the article could have come out in any other different way and that's why it was a distressing experience because I was worried that a lot of people will read this. But it will be more problematic if I sugarcoat things, because at the end of the day this is what I saw.

Lina : What do we think is of greater harm though? Contributing to an existing stereotype, the existence of which we are not responsible for, or trying to avoid getting into complexities that help us make sense out of what’s happening here to the detriment of our own understanding? Street politics are complex and multilayered, especially when violence is involved, and we’re still grappling with it. There is the failure to tap into this complex dynamic, or the failure of feeding into prevalent stereotypes. Do we have to choose?

Abulkasim: What’s relevant to me here is that we have to ask who we are interacting with. [Ali’s] piece would have been much more relevant in Arabic.

Tom Dale: But is it not really the case that in the Arabic media, the portrayal of [protesters] as thugs and criminals is far more common in English-[speaking] media?

Abulkasim: Yes, maybe if published in Arabic, this particular piece won’t change much.

Ali: I do agree with what you said. I was pointing out one group of people acting in this way. We’re talking about the action of standing there, throwing rocks, shattering windshields, cheering about it and then pretending to be defending the Prophet’s honor. I don’t think we should or can avoid these issues. I think we take risks every now and then. The website and our coverage give you the wider context. It would be wrong for someone to limit their perspective of a situation as huge as this to this one piece that is precisely titled, “A day at the US Embassy protests.”

Lina: There is a certain expectation that our paper will always be providing a platform of apology for our street and that every narrative has to subscribe to this consideration. And this is why I made the decision to run Ali’s piece. I recognize the value of being empirical in our approach. It’s good to be sometimes liberated from the classic anxieties of orientalism. The question here is how to convey what you see on the ground without the need to feel either apologetic or orientalist.

Tom: I am interested to know how far the pieces were informed by being in different places at different times

Abulkasim: I think there is a lot of randomness involved. If Ali has gone on the same day as me, we would reach the same conclusions. I must admit, I was fishing for these types of answers. I don’t think it’s wrong to fish for certain answers, because they provide a context that paints a more accurate representation than if you don’t do this. People are not aware when they are talking to you that they are talking to the media, that’s why I steer, that’s what made the difference.

Ali:  Sometimes I fish for absurdity too. I made a conscious decision. This situation is driven by anger. So I am going to find the anger and write about it. It would be cool to go to the same place at the same time and to interview different people.

Abulkasim: We could also try and talk to the same people. I heard the same things.

Tom: Ali, I am interested to hear what you left out.

Ali: The article could have been harsher, more violent. With that stuff, I would be moving to this territory where I feed into [racist] views. I wanted to show that this is as alarming to Egyptians as it is to Americans. I don’t know if I got that right.

Lina: What did you move out, Abulkasim?

Abulkasim: I left out stuff that I felt would be feeding into stereotypes. I felt it would not convey the complexity of the situation; the social and economic aspects, the background of individuals, recent events, the fact that, for example, the Interior Ministry is not held in any sort of esteem in the eyes of people who hold some deep resentment towards it. There’s people’s sentiments towards the US that for long supported [toppled President Hosni] Mubarak. It’s wise to humanize people [you talk to].

Lina: Does this give you any thoughts about how to go about doing your reporting? Does it change your perspective?

Ali: I have to keep my eyes open because I was not [setting] out to feed into any stereotype and, in fact, this is what I want to go against. If I go down to do it again, the article will probably be very similar. I’d just pay attention to make it clear that’s very specific to this people.

Abulkasim: I learned that there is no straightforward way to go about it. I have to consider my ideological motivations versus what’s happening on the ground. Where do you draw the line in being constantly reacting and formulating answers to attacks by orientalism and racism? What kind of role does the naked truth play in your reporting? I think I was just a hardliner and I wanted to convey this by going against this prevalent discourse and being somewhat reactive. 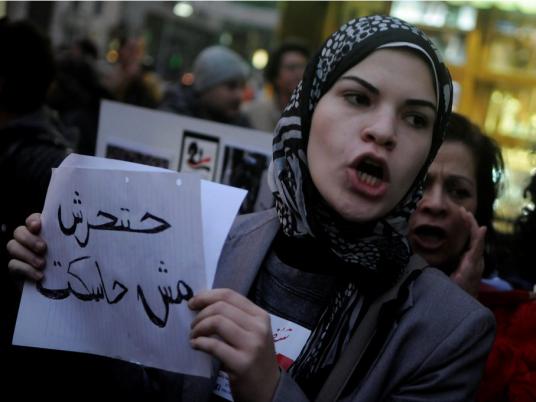