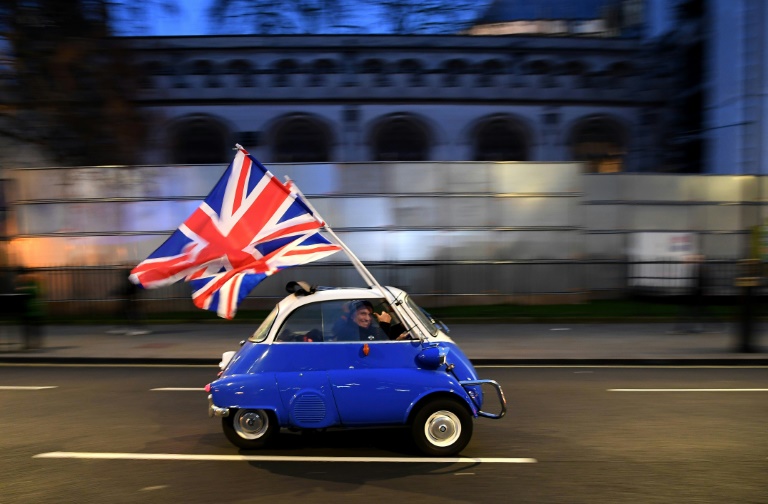 Britain’s government on Wednesday faced a backlash over its new post-Brexit immigration plans, which are designed to cut “cheap Labor from Europe” in favor of high-skilled English speakers.

The points-based system is due to start on January 1, 2021, and was billed as “taking back control” of Britain’s borders — a key demand of anti-EU campaigners in the divisive Brexit debate.

Interior minister Priti Patel called the sweeping reforms “firm and fair” and said it would make it easier for higher-skilled workers to get visas, and harder for low-skilled migrants to do so.

“We need to shift the focus of our economy away from a reliance on cheap labor from Europe and instead concentrate on investment in technology and automation,” she said.

The plans are the biggest change to immigration policy in 50 years and will go before parliament, where Prime Minister Boris Johnson has a comfortable majority.

But the Conservative government was accused of failing to assess the impact of the reforms on the economy, while businesses heavily reliant on foreign labor questioned the feasibility of the policy.

“If they are all short-term visas, only the most desperate workers will come, and will have the effect of creating a two-tier workforce,” Abott said.

Her opposite number at the smaller Liberal Democrats said the policy was “based on xenophobia, not the social and economic needs of our country”.

“Too many businesses are already struggling to hire the workers they need. Now the Tories want to stop them recruiting all but the highest-paid employees from abroad,” said Christine Jardine.

Britain left the EU after 47 years of membership on January 31. EU rules are still in place until the end of the year as London and Brussels thrash out a new trade deal.

But Jardine and others warned that 10 months was not enough time for businesses to prepare for the end to free movement of EU nationals to other member states.

They warned of potential staff shortages, as well as chaos and confusion through additional red tape.

The plans do not affect more than 3.2 million EU citizens who have applied to stay in Britain under the official settlement scheme.

The proposals require each foreign worker to earn 70 points to be eligible and a set number of points for each qualification or skill.

Twenty points also go to people with an “appropriate skill level” and another 20 for those who speak English “at required level”.

People who have jobs “in a shortage qualification” will also earn 20 points, and either 10 or 20 points for doctorate degrees in various fields.

“Applicants will be able to ‘trade’ characteristics such as their specific job offer and qualifications against a lower salary,” the government proposal says.

Overall, the government said the aim is to “reduce overall migration numbers” — another demand of Brexit supporters — but did not give a figure on the expected fall.

The Migration Advisory Committee said last month the end to freedom of movement could have “zero effect” on providing more jobs for British workers.

The move comes after concern about the impact of Brexit on the high numbers of foreign nurses, and lower-paid overseas support workers and care assistants in the health and social care.

The Food and Drink Federation, National Farmers Union and UK Hospitality said they were worried about shortages of workers as they relied on temporary low-skilled migrants.