A Turkish-made Bayraktar TB2 drone, secured by Lithuania for Ukraine after a local crowdfunding campaign, is expected to be shipped to Kyiv in the coming hours.

The “Vanagas” (which means “Hawk” in Lithuanian), along with ammunition, arrived in the Baltic country on Monday, the country’s Defense Minister, Arvydas Anušauskas, tweeted. After a press introduction on Wednesday, Anušauskas added the drone would be transferred to Ukraine soon.

“Last hours of Bayraktar “Vanagas” in Lithuania. Very soon it will be delivered to Ukraine,” he tweeted.

The crowdfunding campaign was launched by Lithuanian online broadcaster Laisves TV last month and was able to secure around 6 million euros ($6.11 million) to purchase the drone.

The purchase was organized by the Lithuanian Defense Ministry, but it says that after learning it was being purchased via a crowdfunding campaign, the manufacturer donated the drone for free.

“Citizens of Lithuania collected funds for this aircraft, but inspired by the idea, the Turkish company ‘Baykar’, the manufacturer of ‘Bayraktar’, decided to donate it,” the Lithuanian Defense Ministry said in a statement. “1.5 million euros of the donated 5.9 million was allocated for arming the unmanned aircraft.”

It is not the first time Baykar has donated some of its drones to the Ukrainian armed forces. Last month, after a Ukrainian crowdfunding campaign secured enough funds to purchase three of the drones, the company said it would be donating them for free.

“We ask that the raised funds be remitted instead to the struggling people of Ukraine,” it said in a statement on June 27.

The Bayraktar TB2 drone has played a key role in Ukraine’s defense against Russia. The country had around 20 of the unmanned aerial vehicles before the start of the war on Feb. 24, but Ukrainian Defense Minister Oleksii Reznikov said on June 28 that his office had been able to secure up to 50 drones since the invasion began.

“In the near future, almost all capacity of the Baykar Makina plant will be focused on meeting the needs of the Armed Forces. It’s about ordering dozens more drones,” Reznikov added.

US Patriot missile defense system “would help us a lot,” 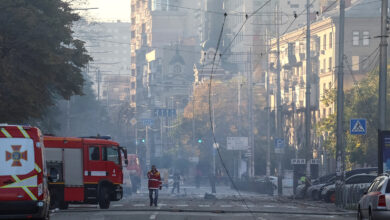 Air raid sirens off in Kyiv and surrounding region 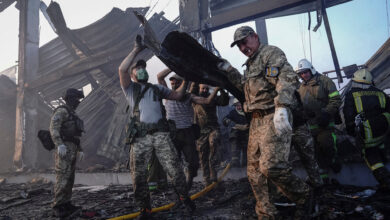