David Beckham scored a goal for parents Monday, striking back against all the critics who tell us they know how to parent our children better than we do.
Beckham, known as much for his physique and his wife Victoria as his incredible soccer career, was reacting to a Daily Mail story criticizing his daughter's use of a pacifier (a "dummy" in UK parlance) at age 4.
"Experts warn David and Victoria Beckham's little girl may end up with 'speech or dental issues' if she continues to use one," warned Sunday's edition, posting a picture of Harper in West Hollywood with her famous father.
Beckham wasn't having any of it, posting a scathing response and reasoning for Harper using the "dummy" on his Instagram account on Monday.
"Why do people feel they have the right to criticize a parent about their own children without having any facts ??" he wrote.
"Everybody who has children knows that when they aren't feeling well or have a fever you do what comforts them best and most of the time it's a pacifier so those who criticize think twice about what you say about other people's children because actually you have no right to criticize me as a parent …"
There isn't a parent alive today who hasn't been corrected about their parenting by complete strangers who would never otherwise interfere in an adult's life.
It's true that the American Academy of Pediatrics warns against a child sucking strongly on a pacifier, thumb or fingers after two to four years of age. "This behavior may affect the shape of his mouth or how his teeth are lining up."
But there's no way for critics to know if a child is having a hard day and the parent grabbed the one thing that he knew would soothe his child. Or maybe the parent was having a hard day—yes, even superhuman David Beckham, looking all hunky in West Hollywood in his Pink Floyd T-shirt, might be having a tough time.
We parents get criticized for looking at our phones while our children are on the playground or helping too much while our children are on the playground, not dressing them warmly enough or dressing them too warmly, asking people to be quiet when they nap or letting them nap too long, or not forcing them to hug people they don't want to hug (my personal favorite).
The list is endless, and people seem to think they have the right to comment anytime.
Unless that child is being verbally abused, beaten, locked up in a hot car or otherwise traumatized, my advice is: First ask yourself if it's your business to comment on a situation about which you have no background.
I can still remember how exhausted I was the day an employee at the local mail store criticized my baby's pacifier. I was so tired and stunned at his interference that I didn't know what to say. But I did know what to do.
I left that store and spent my money elsewhere. 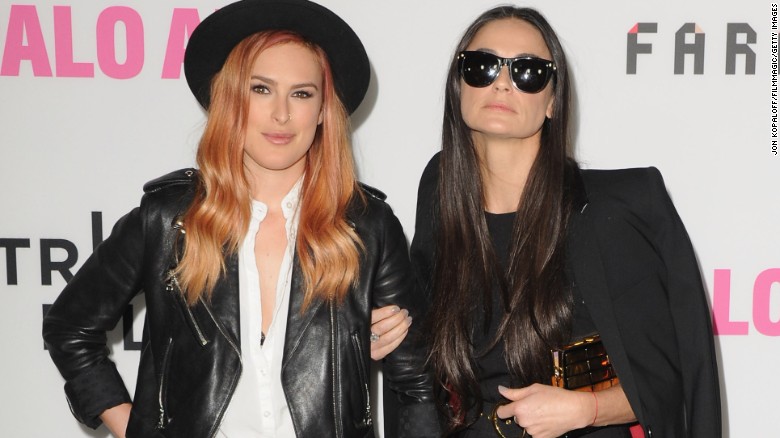 Rumer Willis is more like her mom, actress Demi Moore, than she realized. 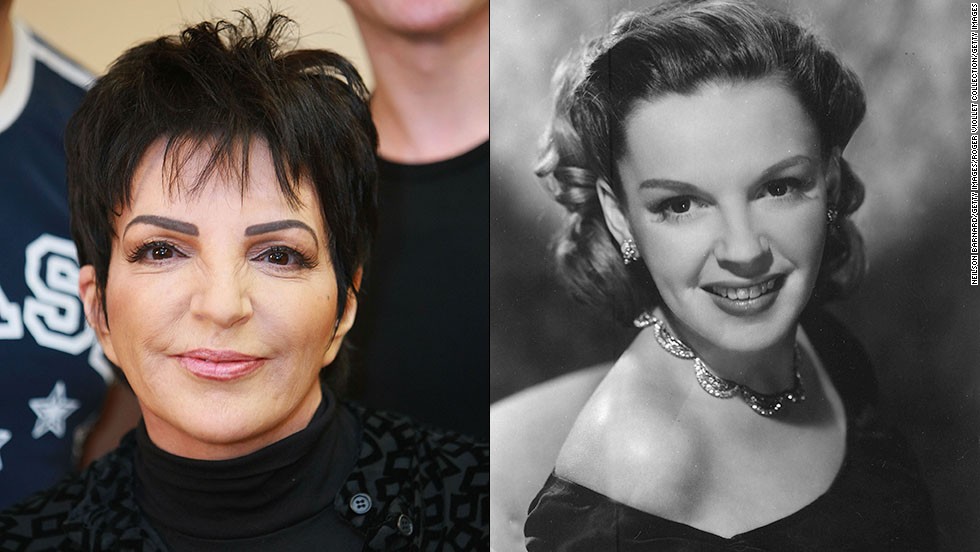 Born into the spotlight, Liza Minnelli followed in the footsteps of her mother, the legendary singer-actress Judy Garland, winning a Tony and landing an Oscar nod before the age of 25. The daughter of "The Wizard of Oz". star and famed movie musical director Vincente Minnelli has had an illustrious career of her own, with an "Oscar for Cabaret"; and TV appearances on "Arrested Development".

The Smiths — from left, Jaden, Willow, Will, Jada Pinkett and Trey — stay busy attending one another's movie premieres and listening parties. Jaden has rapped on songs with Justin Bieber and appeared in films such as "The Karate Kid", "The Pursuit of Happyness"; and "After Earth" (the latter two with his dad). Willow made her acting debut in her dad's "I Am Legend" but has focused mostly on music.