Take a map of the world and dribble lines of honey from north to south, avoiding water. These are basically soaring flight paths of bird migration. Every year in autumn, raptors, storks, pelicans and ibis migrate from India to South Africa, from Scotland to Ghana, from Kursk to Kampala. The stork glides down out of the Scandinavian fjords, over the German rooftops, follows the tapering boot of Italy to Sicily, and hops the short gap to Tunisia.

But the prime Africa-Eurasia thoroughfare is the Sinai land bridge, where 1.5 million birds of 37 species, including five globally threatened species, pass by. They come from all over the landmass, squeeze through the bottleneck and then disperse through Africa. They return in spring.

Nature Conservation Egypt and the ministry are trying to convince the Tourism Ministry and tourism operators of the enormous potential of bird-watching tourism. Just over the Israeli border, thousands of foreign bird-watchers flock to Eilat each turning of the season. The same birds migrate through Egypt, yet there is very little bird-watching tourism.

Conservation will follow as a result of putting a dollar value on the birds, the theory goes. In more than one way, the migrating birds are foreign exchange.

Their effort is part of an international effort called the “Conservation of Migratory Soaring Birds Project,” organized by the United Nations Development Programme, the Global Environment Facility and the BirdLife International NGO.

On board the bus were Egyptian Environmental Affairs Agency rangers, members of the ministries of Environment and Tourism, a motley band of animal welfare workers and an earnest nature photographer. Eminent guests included Sherif Baha el Din, the leading Egyptian expert and author of three books on the subject, and a legendary figure in bird-watching circles. He and his wife, Mindy Baha el Din — both of Nature Conservation Egypt — are the numbers one and two “listers” in Egypt, meaning they have seen more birds in the country than anyone else.

For 20 years, the pair has toured the country, visiting remote oases and mountain hideaways. These two decades have spanned a period of intense industrial growth and habitat destruction. Species they have documented simply do not exist anymore.

“The other birders have given up trying to catch us,” said Mindy Baha el Din, on the bus ride there.

As a hobby and pursuit, bird-watching is competitive, communal and solitary. Its peculiar argot is full of in-jokes and banter, but also has lots of words to describe hours spent huddled in a bog.

Bird-watchers call themselves “birders.” The really die-hard birders who will cross the country to see a bird and tick it from a list are called “listers” or “twitchers.” From that comes the verb “to twitch” — to go somewhere specifically to see a species.

A species on a list of birds you are trying to find is a “tick.” A rare or fabulous bird is a “mega tick.” Those common, small, nondescript, brown birds are Little Brown Jobs. To go twitching and fail to see the bird is to “dip out.” When this happens, but your twitching companion sees the bird, they have gripped you off.

Later that day, Sherif Baha el Din would grip everyone off. At a sludge treatment pond, in the shadow of an Ain Sokhna fertilizer factory, he recognized a crested honey buzzard, a very rare creature that has been sighted only a handful of times — a mega tick.

The rest of the tour dipped out.

The sludge farm is apparently one of the top birding spots in Egypt. To the south are mountains. Over these the birds come, following the African coast. In the daytime, soaring high on thermal air currents, the birds are safe. But in the evening the thermals collapse, and they have to roost. They look for drinking water, and the water tends to be around places with lots of man-made hazards. The birds see the treatment ponds and the surrounding trees, and they circle down for a rest.

As Sinai and Ain Sokhna have been developed for industry and tourism, there has been an increase in migrating soaring bird deaths. They are typically garroted and zapped by power lines and minced by wind turbines.

But the birds have also adapted, scavenging at rubbish dumps and fish farms, and roosting in hotel golf courses. These rubbish dumps and fish farms are some of the best bird-watching sights. But in Egypt, at least, they remain hard to access. After one hour and a couple of black storks, some buzzards — including that crested honey buzzard — the tour was kicked out of the sludge treatment farm.

The economic value of birder tourism had lost out to the security protocol of pond scum.

“It’s easier to get permission to go hunting than bird-watching,” a birder raged on the bus.

The buses continued south along the Ain Soknha coast. The beaches had been fenced and were closed to the public. At a local hotel, it wandered the manicured grounds, documenting the bird life. Sherif Baha el Din pointed out an Indian house crow, and the nature photographer got down on one knee and snapped a roll.

“Soaring bird migration is one of the top 10 natural spectacles,” said Mindy Baha el Din, as the tour group ambled to the beach. “Just near here, I have seen a flock of 35,000 low-flying white storks. They passed for an hour.”

But it was too late in the season to witness the storks, and the group was informed that only hotel guests had access to the beach. It stood looking at the breaking waves 50 meters away.

Birder tourism is a strange combination of the majestic and the sordid, of the land-bound and the boundless. But basically it just comes down to people gawking at flight.

“Look,” said one of the birders. “Bee eaters flying in from the sea.”

Everyone looked up. Three dark specks flew high over the boom gate, and were gone.

Animal welfare federation aims to eradicate rabies in Egypt by 2030 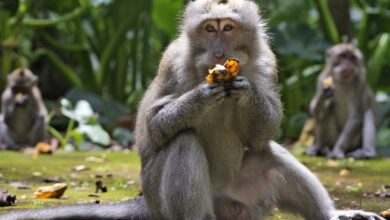 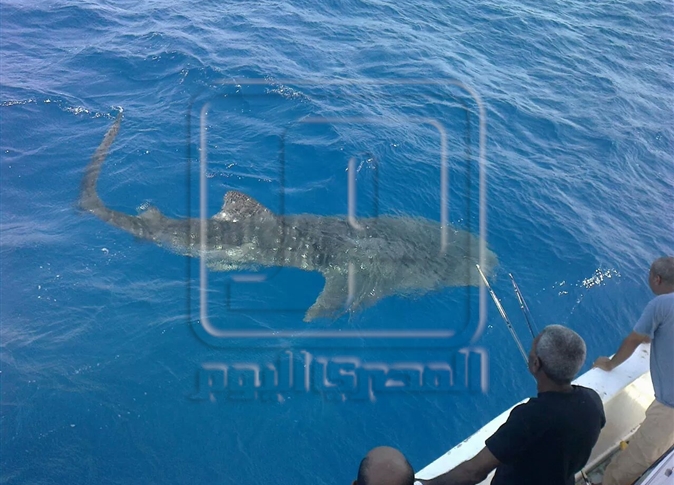