A committee of European Union and World Health Organization experts on Monday began a tour of Minya and Fayoum governorates to verify that Egyptian agricultural products are safe from E. coli.

An E. coli outbreak in May was originally blamed on Spanish crops, but later reports suggested the source was Egyptian seeds. The virus claimed the lives of scores of Europeans.

In July, the EU decided to halt its imports of Egyptian crops after a report by the European Food Safety Authority (EFSA) pointed to Egyptian fenugreek as the source.

The delegation was accompanied by experts from Egypt's agriculture and health ministries, as well as representatives from private sector producers.

The experts tested the farm where the suspected fenugreek crop was exported to EU markets. It also visited the seeds control unit and reviewed Egyptian authorities' safety measures for agricultural exports.

In a press statement on Monday, Agriculture and Land Reclamation Minister Salah Youssef said his country agreed to base the official negotiations between both parties on international standards.

"The first round of talks with the European side reviewed the results of analyses made by the Egyptian government for its exports to Europe, which confirmed the safety of the products," Youssef said, adding that the results show the ban on Egyptian seeds is needless.

The minister said the European delegation will submit an official report to the EU on the findings. Based on the report, the EU will make its decision over maintaining the embargo. 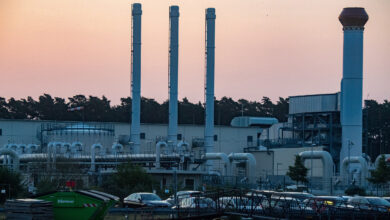