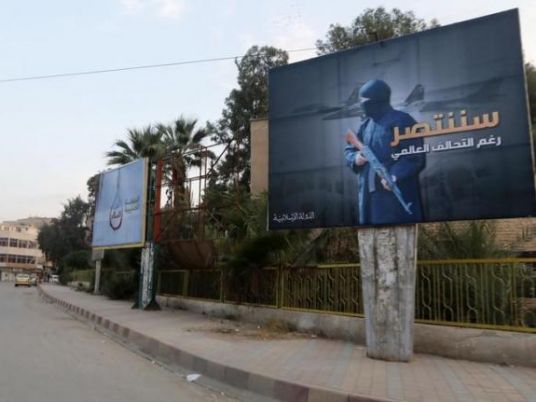 Dozens of people were killed in a series of air strikes on the city of Raqqa in northern Syria on Saturday, a monitoring group and activists said, as Damascus and Moscow waged attacks on areas controlled by Islamic State.

A cessation of hostilities in Syria took effect three weeks ago, reducing violence but not halting the fighting as peace talks take place in Geneva. The deal does not include al Qaeda or Islamic State militants, whose de facto capital in Syria is Raqqa.

Russia has been pulling out its attack aircraft after announcing a partial withdrawal from Syria, where its air campaign in support of President Bashar al-Assad has turned fighting in his favor.

The Britain-based Syrian Observatory for Human Rights said that at least 39 people had been killed and dozens more wounded in the raids on Raqqa.
Related Coverage

An activist group with sources in Raqqa, called Raqqa Is Being Slaughtered Silently, said more than 40 had been killed, and that separate strikes hit areas in the north of Raqqa province.

The Observatory said the dead included seven women and five children. It said it was not clear whether Syrian or Russian warplanes had conducted the air strikes.

Government forces and their allies are aiming to capture Palmyra, some 200 km southwest of Raqqa and also held by Islamic State since May.