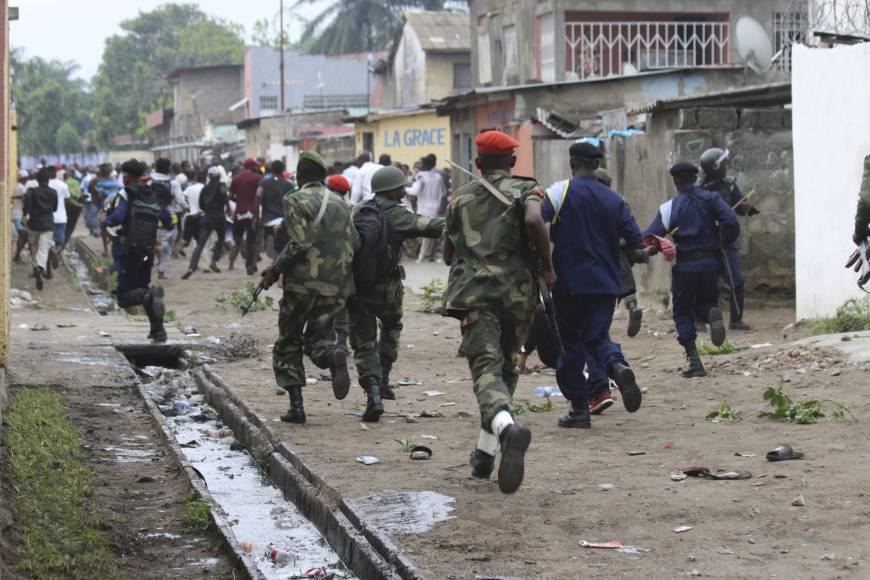 KINSHASA (Reuters) – Dozens of people in the eastern Democratic Republic of Congo city of Beni marched, barricaded roads and burned tires on Thursday to protest against the electoral commission’s decision to exclude its voters from Sunday’s presidential election in the African nation.

Congo’s electoral commission (CENI) announced on Wednesday that it was cancelling the vote in Beni, its surrounding areas and the nearby city of Butembo due to an ongoing Ebola outbreak and militia violence affecting the area.

Those places are strongholds of opposition to outgoing President Joseph Kabila, and local politicians have denounced the move as an effort to swing the vote in favor of Kabila’s preferred candidate, Emmanuel Ramazani Shadary.

“The police are up against demonstrators who have barricaded the road. The whole town is up in smoke,” Edmond Siku, a Beni resident, said by telephone.

Photos posted on Twitter by activist group Lucha, which is participating in the demonstration, showed dozens of people marching down Beni’s main boulevard with Congolese flags and Lucha banners.

Beni and the rural areas around it have been dealing with an Ebola outbreak – now the second-deadliest in history – since August, but the health authorities had repeatedly said that they would not prevent the vote from going ahead.

The election to replace Kabila, who has governed the country since replacing his assassinated father in 2001, was meant to take place in 2016 but has been repeatedly delayed.

That has triggered violent protests in which security forces have killed dozens of people. It has also stoked militia violence in Congo’s eastern borderlands with Rwanda and Uganda as armed groups moved to exploit a perceived power vacuum.