The Dutch Embassy on Monday has said that their policy granting asylum to Egyptian Christians is to be assessed on its own merits, as is the case for any asylum seeker in the Netherlands.

The embassy added in a note published on its website that, “It remains up to each Egyptian Christian individually to demonstrate that he/she is in need of international protection. This has always been the Dutch asylum policy toward Egyptian Christians. Nothing has changed in this respect.”

The note came after local media in Egypt circulated news about the Netherlands granting asylum to Egyptian Christians.

An organization called the Dutch Coptic Association issued a statement alleging that the Netherlands had officially announced that it would accept requests by Egyptian Christians to grant them asylum in the country.

Copts Today, an internet website, quoted Bahaa Ramzy, the head of Dutch Coptic Association, as saying that the decision came after the foreign minister submitted a report about the status of Christians in Egypt in June. On Sunday, the Dutch government agreed to grant Egyptian Christians asylum, according to the website.

But the embassy said that nothing has changed in the Dutch policy concerning the measures which regulate granting asylum.

“This has always been the Dutch asylum policy toward Egyptian Christians. Nothing has changed in this respect,” it said.

The embassy added that any asylum seeker must make “a plausible case that there is a real risk of a breach of Article 3 of the European Convention for the protection of Human Rights and fundamental freedoms.”

The article reads: “No one shall be subjected to torture or to inhuman or degrading treatment or punishment.”

It added that the asylum seeker may also prove that he or she “is persecuted as described in the United Nations 1951 Refugee Convention.” 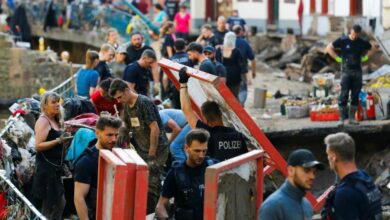