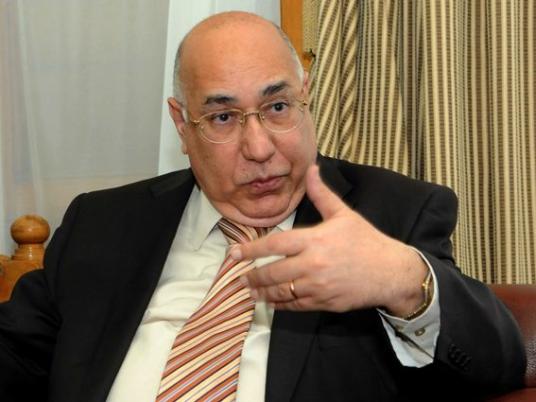 Egypt will maintain its budget deficit at 8.6 percent of output for this financial year, its finance minister said on Tuesday, as another minister was quoted as saying a visit from the IMF planned for January would be delayed for a few weeks.

Finance Minister Mumtaz al-Saeed said Egypt would maintain its budget deficit at LE134 billion (US$22.22 billion), or 8.6 percent of gross domestic product, in the financial year ending in June.

A senior army official had said in early December that Egypt's deficit would climb to 167 billion pounds in 2011/12, roughly equivalent to 11 percent of GDP.

"We are committed to maintaining the budget deficit so that it does not exceed 134 billion Egyptian pounds, that is 8.6 percent of the Gross Domestic Product (GDP) for this financial year," Saeed said in a statement after a cabinet meeting.

A state newspaper reported on Sunday that the government plans to raise natural gas and electricity prices paid by heavy industries by 33 percent this month to help cap the deficit.

An expected visit by the International Monetary Fund to Egypt this month to discuss the country's economic problems has been delayed for "a few weeks," independent daily Al-Shorouk cited a government minister as saying on Tuesday.

Egypt, whose economy was battered by the uprising that unseated Hosni Mubarak in February, turned down a $3 billion IMF facility in June last year, saying it did not need the funds. The ruling military generals have also been reluctant to take on debt without a popular mandate.

But ministers have indicated Egypt may be prepared to return to the negotiating table, as economists warn the country risks a full-blown currency and budget crisis unless it can secure up to $15 billion of funding from abroad.

Yields on Egyptian treasury bills have soared to multi-year highs as the government leans more heavily on local banks for fresh liquidity in the absence of foreign debt investors.

The IMF's visit was postponed at the request of the Egyptian government because of its busy agenda and the fund will be informed of a new date, the newspaper quoted Planning and International Cooperation Minister Fayza Abouelnaga as saying.

The IMF said in late December it remains "in close contact" with Egyptian authorities on possible funding. Its visit to Cairo had already been delayed from mid-December because of security concerns.

The international body said benchmarks for any funding package would need to "come from a program that is designed and owned by the Egyptian authorities and enjoys the broad political support necessary for its successful implementation."