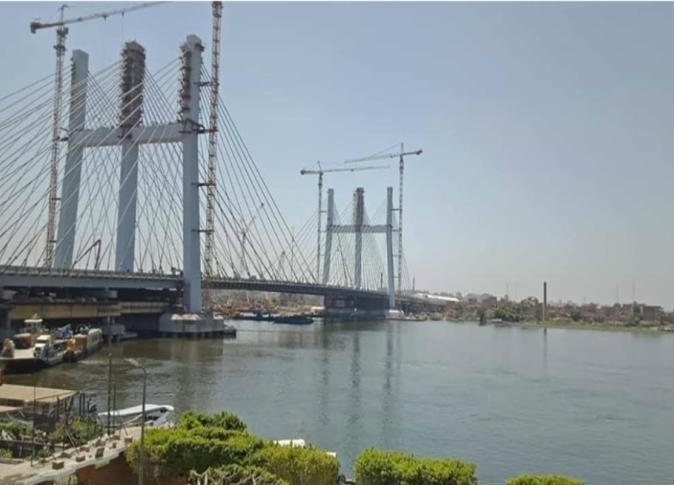 The Arab Contractors Company has officially requested that Egypt’s Rod al-Farag Axis Bridge be registered as the widest suspension bridge in the world on the Guinness World Records.

The bridge is one of the largest strategic projects passing by the Nile River, Ahmed Maqalad CEO of B Premium, the official partner of Guinness World Records in Egypt, said.

“The new bridge, which is due to be inaugurated soon by President Abdel Fattah al-Sisi, is an important engineering step by Egypt,” Maqlad said in a press release.

He added that the bridge, which is being implemented by the Arab Contractors Company, under the supervision of the Engineering Authority of the Armed Forces, is expected to be registered on Guinness Records within the next few days after the official opening.

He said it took two years to finish the bridge and meet Guinness Records requirements.

It will be recorded in the Guinness Book of World Records as having a width of 64.8 meters, followed in width size by Canada’s suspension bridge at 64.2 meters and the Turkish Bosphorus at 58.5 meters wide, al-Shorouk news website reported in April.

The total length of the Rod al-Farag Axis Bridge is 16.7 kilometers divided into five bridges that connect a number of areas. The longest of these bridges is Shobra neighborhood bridge, followed by the Ring Road intersection bridge.

The project is one of the most important projects by the National Network of Roads. It will transfer traffic densities coming from east of Cairo to Alexandria Desert Road, Matruh, and al-Alamein highway so that they will not pass through the heart of Cairo.

The project starts from Tere’t al-Ismailia Street then passes through Shubra al-Mazalat area to the west of the Ring Road in the direction of Alexandria Desert Road. The total length of the axis is 16.7 km in both directions. It is the first huge suspension bridge implemented in Egypt.

According to Maqalad, Egypt is preparing for other projects to be registered on Guinness Records.

Talal Omar, Regional Director for the Guinness World Records in the Middle East and North Africa region, welcomed the registration of the new bridge, hoping for more records by Egypt.