Egypt's new ambassador to Israel took up his post on Wednesday, assuring the Jewish state of Cairo's continued commitment to a 1979 peace treaty.

"I came with a message of peace and I came to confirm that we are working for mutual trust and transparency and we are committed to all the agreements we signed with Israel," Atef Mohamed Salem Sayed Elahl said on presenting his credentials to President Shimon Peres.

Egypt's new president, Mohamed Morsy, hails from the Muslim Brotherhood, and his ascent to power in an election after Hosni Mubarak's ouster in a popular uprising in 2011 has raised concern in Israel about the future of the peace pact.

Stepped-up Islamist militant activity against Egyptians and Israelis along the Sinai frontier has also worried Israel, which has carefully monitored Egyptian military deployment against the gunmen for any breaches of troop and equipment limitations set out in the peace accord.

The Morsy administration has assured Israel that the peace treaty signed by President Anwar Sadat — who was later assassinated by Islamist gunmen — is safe. But Morsy has also kept the Israeli government at arm's length, and avoids referring to Israel by name in public remarks.

In a ceremony at Peres's official residence in Jerusalem, a new Jordanian ambassador formally took up his post on Wednesday, filling a diplomatic slot that had been empty for the past two years, in apparent displeasure over the collapse of Israeli-Palestinian peace talks.

The new envoy, Walid Khalid Abdullah Obeidat, is a lawyer who had headed the legal department at the Jordanian Foreign Ministry.

A Jordanian official said it was decided to dispatch Obeidat to Tel Aviv after Egypt announced its new envoy.

Jordan signed a peace accord with Israel in 1994 and has long maintained close security cooperation with the Jewish state, but has criticised Israeli treatment of Palestinians.

The peace agreement with Israel is largely unpopular in Jordan, where most of the seven million citizens are of Palestinian origin and have close family ties with their kin on the other side of the Jordan River. 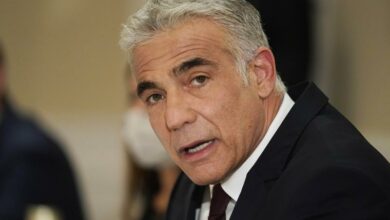