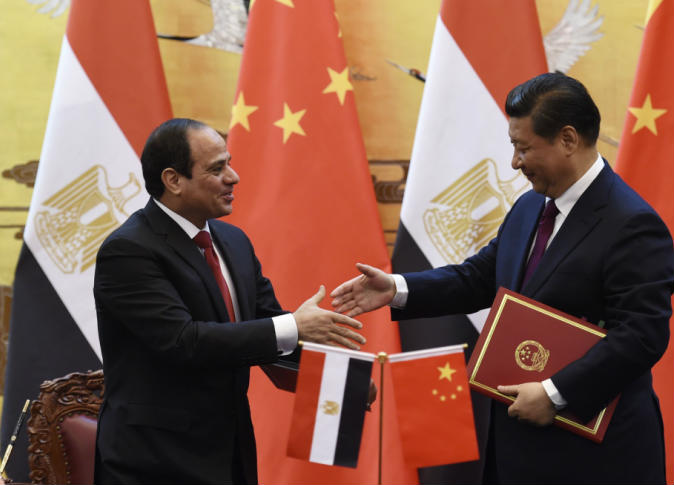 "All the details are with the central bank," he said.

Egypt has reached a staff level agreement for a $12 billion loan program from the International Monetary Fund and must secure around $6 billion in bilateral financing to obtain approval for the program.

In January, China signed investment and aid deals worth billions of dollars with Egypt during a visit by President Xi Jinping.

China expressed support for Cairo's efforts to maintain stability, which have included a crackdown on political dissent.

Xi visited Egypt in January as part of a Middle East tour that signaled China's push for greater influence in a region that provides vital oil supplies.

Xi praised Egypt's efforts to strengthen its economy during talks with Sisi.

"China supports Egypt's efforts to maintain stability, develop the economy and improve livelihoods, and supports Egypt to play an even greater role in international and regional affairs," Xi said at the time, according to China's foreign ministry.

Heralding a new era of closer political and economic ties, officials from the two countries signed 21 deals at a ceremony in Cairo that could see China significantly ramp up investments in the most populous Arab country.

They also include a $1 billion financing agreement for Egypt's central bank and a $700 million loan to state-owned National Bank of Egypt.